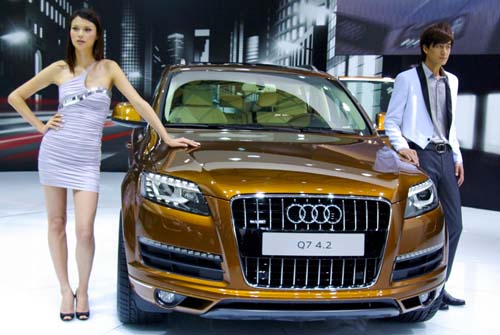 Volkswagen’s premium car brand Audi sold 16 percent more cars in July than a year earlier, thanks mostly to growth in China, Audi said on Friday. July sales in China were up 35.2 percent at 27,767 vehicles, accounting for more than a quarter of group sales, it said.

German makers of high-end cars such as Audi, BMW and Mercedes-Benz have benefited from wealthy Chinese consumers’ appetite for luxury goods. Audi’s group vehicle sales grew 17.4 percent in the first seven months of the year, helped by 29.2 percent growth in China, a 25.2 percent gain in France and a 15.4 percent gain in its German home market.