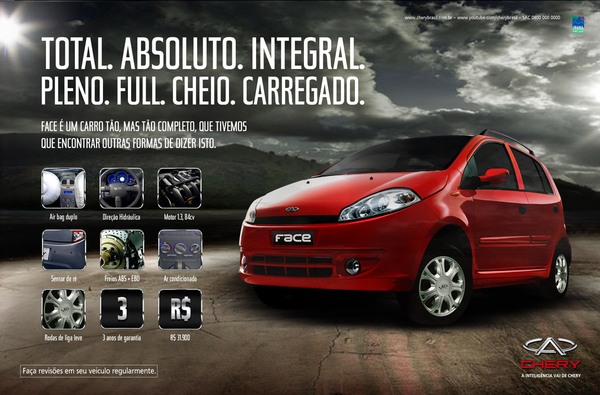 Chery Automobile Corporation Limited exported 88,835 units of vehicles in the first seven months this year, up 89.25 percent from a year earlier and only a quarter short of the full-year target of 120,000, said Jin Yibo, the spokesman.

The central Anhui province-based carmaker sold 682,000 units of vehicles in 2010, leading the sale of China-brand cars for the eighth consecutive year, Jin said.

The company also further expanded its assembly line this year by setting up a plant in the city of Jacarei, Brazil. The plant, scheduled to start operating in March 2013, has a maximum capacity of 150,000 units per year.