GM to sell Chinese Wuling vans as Chevrolets in India 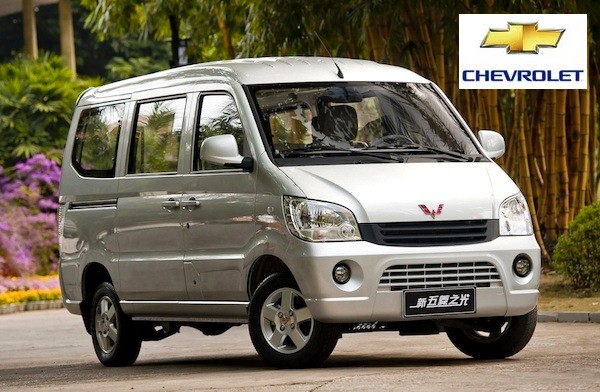 GM, the world’s largest automaker, will adapt two small commercial vehicle models currently being sold in China for the Indian market and sell them through Chevrolet dealerships, said Matthew Tsien, executive vice-president at GM’s China unit, in an interview on Wednesday in Chengdu in southwestern China’s Sichuan province.

The Detroit-based automaker is expanding into India’s commercial vehicle market as industry sales grew 27 percent in the year ended March.

GM, which entered the Indian market in 1994, will challenge Tata Motors Ltd, maker of the world’s cheapest car, and Mahindra & Mahindra Ltd, which together account for 90 percent of light goods-carrying vehicle sales.

“The mini commercial vehicle market is quite large but GM does not participate today because there are no products,” said Tsien, who is also vice-president at SAIC-GM-Wuling Automotive Co (SGMW), GM’s minivan venture with SAIC Motor Corp. “Having the SGMW products under the Chevrolet brand will give GM India a tremendous opportunity to serve that very significant segment.”

GM will start by introducing in India small multipurpose vehicles similar to the Wuling Hong Guang, a seven-seat van that comes in 1.2- and 1.4-liter variants, and the eight-seat Wuling Hongtu models sold in China and price them “competitively”, Tsien said, declining to elaborate.

GM plans to target customers running small businesses and those in smaller cities and rural areas, he said. The company added diesel variants to the existing gasoline models and is converting the vehicles to right-hand drive to suit local needs, he said.

GM will begin by assembling the vehicles in India using kits made with Chinese and Indian parts and increase the use of local components over time, Tsien said.

“It’s not going to be easy for GM to compete in the mini truck segment” in India, said Ammar Master, an analyst at automobile research company JD Power & Associates. “Much will depend on price positioning and the operating costs of its vehicles, as these are the main purchase considerations in this space. We believe Tata Motors will continue to dominate the segment.”

GM, the largest overseas automaker in China, and SAIC said in December 2009 that they would spend $650 million forming a new venture to build and sell passenger cars and small trucks in India. The partnership had the best-selling vehicle in China last year, the Wuling Sunshine minivan, which starts at 29,900 yuan ($4,649) on the mainland.

GM’s India unit aims to almost triple annual sales to 300,000 vehicles by 2013 by introducing as many as six models, including two commercial vehicles, in the next two years, said Karl Slym, the head of its local unit, in January.