Volkswagen to Export the Beetle from Mexico to China 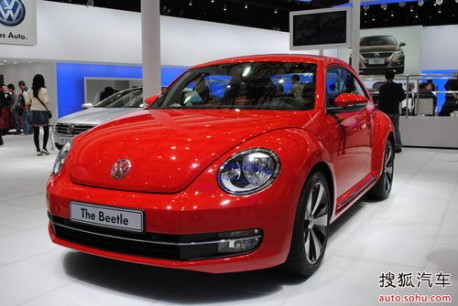 The third generation of the iconic VW Beetle will go on sale in the US in October, and the markets around the world will follow. When referring to other markets, VW plans to export the new 2012 Beetle to China. The manufacturer aims for one of the world’s largest car markets expecting off the chart sales.

VW executives are not expecting the latest version of the Beetle to come close to its first ‘60s version but it hopes it will serve as an entry level vehicle that will add demand for the rest of the line-up. The strategy would help VW to make a larger footprint in China, gaining momentum in its head to head competition with General Motors. There are other carmakers that are following VW strategy, for example Fiat which is adopting the same game with their 500 series.

Volkswagen explained that the 2012 Beetle will target “posh” cities such as Shanghai, Beijing, Guangzhou and Hong Kong, starting either later this year or in early 2012, according to The Detroit Bureau. Although Volkswagen has manufactured and sold over 22 million Beetles around the world it has never marketed the Beetle in China.

”They’ve never experienced the Beetle,” one VW official was quoted as saying by the aforementioned source. The official pointed out that the car will be sold as a unique car with a distinct personality and its own fashion sense once it reaches China. Also, the Beetle has been built in Mexico for decades and has been exported from there to both sides of the US so taking the road to China will also expand the options for the facility.