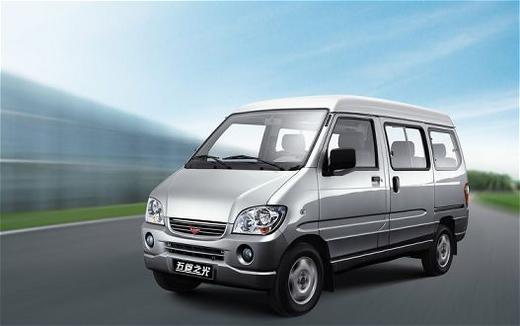 General Motors Co (GM) is sacrificing profit margins to maintain market share in China, cutting prices of low-cost minivans by as much as 15 percent to offset slowing sales in the world’s largest vehicle market.

Propping up minivan sales through sticker-price reductions is crucial for helping Detroit-based GM remain the top overseas automaker in China, ahead of Volkswagen AG, after the government ended stimulus programs and local authorities restricted purchases to curb road congestion.

“GM does not rely on the minibus for profit,” said Jenny Gu, a Shanghai-based analyst with industry researcher JD Power & Associates. “They only contribute volume.”

The venture dropped the price of its Wuling Sunshine minivan, China’s most-popular vehicle last year, to 28,000 yuan ($4,384) from 33,000 yuan earlier this year, according to GM.

“We made some short-term focused promotions to help the overall market situation,” Matthew Tsien, the vice-president at SAIC-GM-Wuling, said in an interview. “We don’t expect it to be a long-term issue. China is looking at very robust growth in the auto industry.”

SAIC-GM-Wuling makes about 2,000 yuan in profit on average for every minivan, according to JD Power. Based on GM’s 44 percent stake in the venture, its share would be $138.

“The margin is quite low,” Gu said. “It’s not like the middle segment or luxury cars, where margins are very high.”

Vehicle sales in China may rise about 5 percent this year, the manufacturers association said on July 8, slashing its previous estimate of 10 percent to 15 percent growth. Last year, sales gained 32 percent as the government offered sales-tax breaks and rebates for buyers in rural areas.

China is GM’s largest market, and SAIC-GM-Wuling accounted for about half of the 2.35 million vehicles the automaker sold there last year.

“Incentives brought forward buying in a very dramatic fashion in 2009, 2010, and now we are seeing a lack of pent-up demand.”

The drop in minivan sales may help Volkswagen narrow its gap behind GM, Gu said. GM sold 1.27 million vehicles in the country in the first six months, compared with Wolfsburg, Germany-based Volkswagen’s 1.1 million, according to figures from the companies.

About one in eight vehicles sold last year in China were minivans. They are popular with small-business owners, especially in rural areas, because of their versatility in transporting goods and people.

GM has a 49 percent share of the minivan market, according to JD Power. Changan Automobile Group Co’s Chana Minibus is No 2 in sales with about half the total of Wuling Sunshine in the first seven months. Volkswagen does not sell a minivan in China.

GM started producing minivans in China in 2003 with Shanghai-based SAIC Motor and the government of Liuzhou city in the southern Guangxi Zhuang autonomous region. Overseas carmakers can operate plants in the country only through ventures with local companies.

Chinese minivans are typically smaller and cheaper than those in the US, where they are used predominantly as passenger vehicles.

Deliveries of the Sunshine dropped 17 percent to 415,046 in the first seven months after rising 9 percent last year and more than 60 percent in 2009. GM has been the largest overseas automaker in China since 2006.

GM said it first offered rebates on minivans at the end of May and introduced further price cuts in July. Buyers get discounts of up to 5,000 yuan on all Wuling minivans on top of dealership promotions such as free auto insurance and fuel.

Minivan sales at Zhu Yi’s GM dealerships in southwestern China increased 50 percent after the July price cuts, he said. Many of his customers run small businesses or work in construction.

“The promotions GM put in place really helped us out,” Zhu, 34, said. “It helped to improve the price competitiveness of our product, and our competition has no answer to this.”