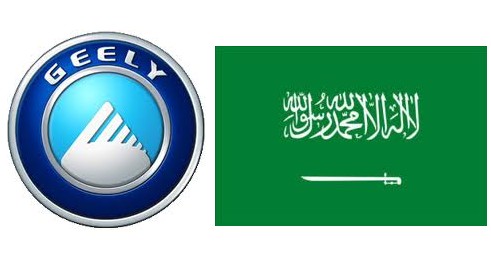 China-made Geely & Geely Emgrand cars launched for the first time in the Kingdom of Saudi Arabia.

At the unveiling ceremony of the three models in Jeddah Tuesday, Managing Director Sheikh Ali Husein Alireza said that after an in-depth study on the marketing possibilities of Geely cars in the Kingdom, they found out the cars’ sophistication, innovativeness and competitiveness augur “great future”.

“We have put our capabilities and vast experience in our quest to get the dealership of Geely & Geely Emgrand cars for Saudi Arabia after an in-depth study to show demand and future of this brand in our local market. We have succeeded in our quest,” he pointed out.

He added: “We shall spare no efforts in our endeavor to ensure the success of this new brand in our market, including our wide network of integrated centers and after-sale services, as well as our more than 90 years experience in the automotive market.”

Dr. Zhang Lin, VP, Geely Holding Group –manufacturer of Geely and Geely Emgrand cars – said the future would be for Chinese cars after the substantial development in its automotive industry. The Holding Group has completed the full ownership of Volvo Car Corporation from Ford Motor Company in August last year. Ford bought the Swedish Volvo car business in 1999. So Geely has adopted the Swedish as well as the US car technologies into its own cars.

“We have every confidence in the future of Geely cars, and also we have every confidence in our new partner in Saudi Arabia.” Zhang added that “we have considerable ambitions and we plan to get a high market share,” noting that “the global spread of Chinese cars has begun and soonest the world will witness the success of Geely cars especially that we have achieved a lot of international awards (on safer cars crash test safety rating) confirming the strength and the quality of our cars.”

Omar Farouk, HHA supervisor for Geely cars told the Gazette that more than 100 units have been ordered by a leasing company even prior to the launch of the cars in Saudi Arabia. He said the cars, which have a warranty of five years, can speak for themselves in terms of quality.

The fast-growing Saudi population underpinned by a robust economy shifts the domestic car market to higher gear. Recent data showed that the country’s population has risen by 333 percent to around 25 million in 2010 from some 7 million in the period 1975-2009, of which some 18 million are Saudi citizens and other 7 million are foreigner workers. About 70 percent of Saudi residents (13.3 million) are under 34 years of age, the report added.

Industry analysts predict that by 2013, car sales in the Kingdom would hit 880,000 units a year, a 50 percent increase on 2008 levels. They say over three-quarters of all Saudi males of driving age are estimated to own one. Latest estimates have shown statistics have shown that on average, some 270,000 extra males would like to have their own vehicle in the next 10 years, so that by 2020, the Saudi market will still need around an extra 2.7 million vehicles, analysts added.