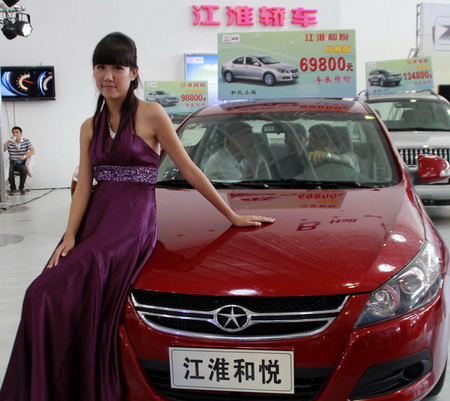 China’s automobile maker JAC Motors on Friday announced it will invest $500 million in its first overseas plant, which will be located in Brazil’s northern state of Bahia. Years of strong economic growth and a rapidly growing middle class have made Brazil the fourth largest car market in the world, according to statistics.

As Jianghuai Automobile Co (JAC Motors)’ first plant outside China, it will have an annual production capacity of 100,000 cars and trucks and is scheduled to start operations in 2014. The new plant is expected to bring some 3,500 new jobs to the town of Camacari, some 50 km northeast of the state capita of Salvador.

Segio Habib, president of the JAC Motors operations in Brazil, said that with this new investment JAC Motors can hopefully be exempted from paying a 30-percent import duty on foreign-made cars — a tax policy designed to foster automobile industries in the Common Market of the South (Mercosur), which groups Brazil, Argentina, Uruguay and Paraguay.

Under the tax law, foreign companies are required to pay a 30 percent import duty unless they can prove that at least 65 percent of the cars or car parts are produced in Brazil or other Mercosur countries.

JAC Motors’ announcement came just one day after Japan’s Nissan Motor Company said it will invest $1.4 billion in a new plant in Brazil which will create some 2,000 new jobs and produce 200,000 cars per year.