Toyota to produce hybrid vehicles in China by 2015 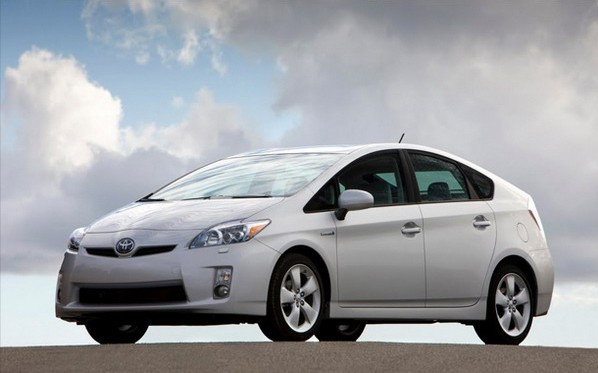 Toyota Motor Corp announced over the weekend that it will produce hybrid vehicles and key components in China in 2015 to cash in on the fledgling yet promising market for green cars.

“We’ve decided to develop vehicles equipped with hybrid powertrains that are made in China and will try to start production and sales at our Chinese joint ventures in 2015,” said Akio Toyoda, Toyota’s president.

Toyoda made the announcement on Oct 22 at a ceremony to mark the groundbreaking of Toyota’s wholly owned R&D center in Changshu, a city near Shanghai.

The Toyota Motor Engineering & Manufacturing Co Ltd will be the auto group’s largest R&D center across the globe. Total investment on the new facility, which covers an area of 2.3 million square meters, is about $689 million.

Scheduled to be fully completed in the middle of 2013, the wholly owned R&D unit of Toyota will include several advanced testing tracks and laboratories on a wide range of disciplines including materials technology, electronics, the environment, safety and traffic systems.

One major task of the center is local production of hybrid vehicles and core parts. Toyoda said the company will make best use of the advanced R&D facility to facilitate localization of Toyota’s environmental technologies.

“China is the most important,” he said in Chinese with strong accent.Toyota now lags behind rivals like US carmaker General Motors and German’s Volkswagen Group in terms of sales in China. It moved about 850,000 vehicles in the country last year, even less than half of the number GM and Volkswagen have delivered in the same period.

Analysts said that localized R&D and introduction of green technologies and vehicles in China is a must for Toyota to catch up.

Currently the automaker is carrying out road tests on its plug-in hybrid Prius jointly with a local institute in Tianjin. Based on the test results, it will have the vehicle on the Chinese market in 2013, said Hiroyoshi Yoshiki, managing officer of Toyota.

He added that the company also plans to introduce a pure electric car to China in the same year. The automaker had field trials of its RAV 4 electric vehicle in China as early as 1998. China is expected to become the world’s largest market for electric vehicles, with foreign carmakers racing to take the lead.

GM will likely bring its Chevrolet Volt electric car to China at the end of the year. Japan’s Nissan Motor Corp will also soon import its Leaf electric vehicle to the country.

Volkswagen Group plans to begin local production of pure electric cars at its joint ventures in China in 2013 or 2014.