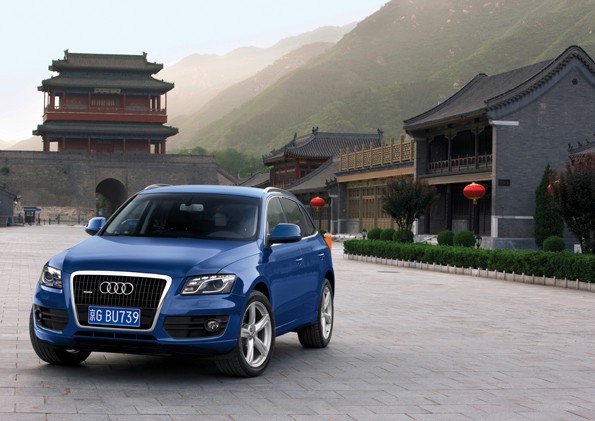 Audi’s status as the carmaker of choice for Chinese bureaucrats has emerged as an obstacle in the world’s biggest automobile market as BMW and Mercedes-Benz gain traction with a generation of rich young buyers.

Audi’s share of China’s luxury-car sales has tumbled by 25% in less than two years as state agencies and executives tighten budgets and younger buyers seek alternatives to sedans traditionally used by the government. The automaker supplied an estimated 70% of cars used by the government and state-held enterprises during the 1980s.

“Audi is seen as being a bit old-fashioned because of its association as being a government car,” said Shaun Rein, Shanghai-based managing director of China Market Research Group. “Wealthy consumers today want something sexier, more indulgent, which is why BMW and Mercedes have done well.”

Daimler’s Mercedes boosted its portion of Chinese luxury-car sales to 22% in the first six months of the year from 16% in 2009, according to industry researcher JD Power & Associates. BMW’s share grew to 25% from 21%. Their successes came at the expense of Audi, which dropped to 30% from 40%.

“Audi cannot rely on government sales going forward as such demand will likely fall,” said Jenny Gu, a Shanghai-based analyst at JD Power. “Demand from private consumers will grow much faster as buyers upgrade their vehicles.”

Audi is counting on Dietmar Voggenreiter, its president for China, to reverse the market-share slide. The Ingolstadt, Germany-based company, which relies on luxury sedans for the bulk of its China sales, introduced trendier models such as the R8 Spyder sports car and the A1 subcompact this year. It will import the Q3 sport-utility vehicle in 2012 and eventually produce it locally, he said.

Audi’s push underscores the burgeoning number of wealthy entrepreneurs in a country where the rich may be the youngest in Asia . The average age of people in China with liquid assets of at least 500,000 yuan ($78,700) is 36, compared with 48 in Hong Kong and 38 in Indonesia , according to a HSBC Holdings report released last month that also covered Australia, India, Malaysia, Singapore and Taiwan.

Young customers and families are the Volkswagen unit’s “main customer focus” in the country, Voggenreiter, who took the reins in November 2006, said in an interview last week.