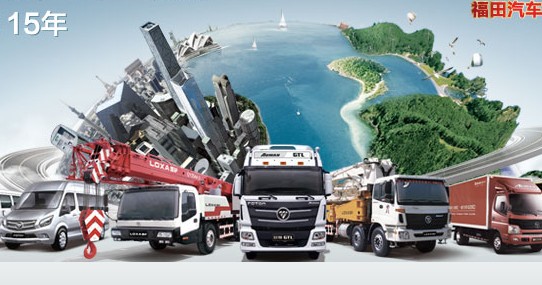 Beiqi Foton Motor Co., a brand from BAIC and China’s largest commercial vehicle manufacturer, said Sunday that its third-quarter profits slid 59.9 percent from one year earlier because of falling sales.

The car maker’s profits dropped to 211 million yuan (33.28 million U.S. dollars) for the third quarter of 2011, according to a statement filed with the Shanghai Stock Exchange.

The company’s sales decreased 10.08 percent year on year to reach 10.7 billion yuan during the same period.

The car maker sold 383,603 units of light trucks during the first nine months, down 6 percent from one year earlier, falls which the company blamed on the removal of government incentives for buying vehicles, rising fuel prices and tightened credit supply.

The company’s sales of large and medium-sized passenger cars fell 21.4 percent year on year to 2,231 vehicles during the nine-month period.

The statement also attributed the slowdown in car sales to China’s fast development of domestic air travel and high-speed railways dampening demand for road transport. The political turmoil in north Africa and the Middle East had in addition hurt the company’s auto exports, the statement said.