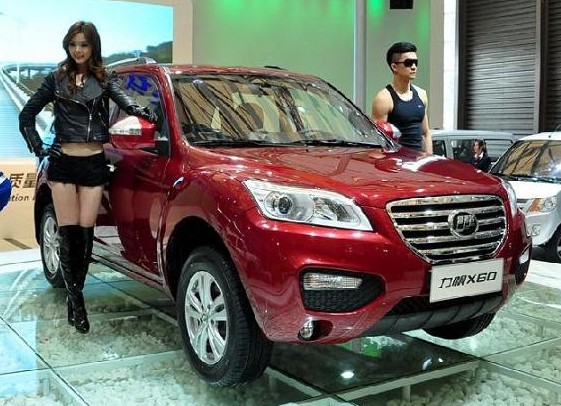 Lifan, one of China’s fastest growing privately-owned auto manufacturers, is looking to enter the UAE market. According to Mark Timber, vice-president of Lifan, the company is currently in talks for dealerships.

“The UAE is a very big place to start with. We are not only talking about distributors. We are thinking of making the UAE a central warehouse for our cars in the future,” said Timber.

The company, which is based in Chongqing in southwest China, is best known for manufacturing motorcycles. For the UAE market it is looking to promote its line of mid-range automobiles.

Lifan is using the Dubai International Motor Show to showcase its new X60 SUV model and its recently-launched electric car, the EV260. The company said it is capitalising on what it sees as the current and future growth segments of the automobile market.

The X60 SUV has seen unprecedented growth over the past two years, both in China and globally, and Timber said they are looking for similar success here.

The EV620 is a product of China’s new Automotive Industrial Restructuring and Revitalisation plan which states that by 2012, five per cent of total passenger car sales will comprise vehicles running on alternative energy sources such as full hybrid and plug-in hybrid engines.

The green model is capable of doing up to 200km on a full six-hour charge and the lithium-iron-phosphate batteries can be charged on both slow and fast chargers depending on need. At its peak, the 47Kw motor can reach 0-80 km/h in 15 seconds and a top speed of 100 km/h.

Lifan’s presence at the Motor Shows comes as part of the company’s international growth plan where it is looking to the Middle East as its key target market for global export sales.

“The UAE is a very rich place and usually rich people don’t look to buy a car from China. But the whole world is changing their perception of China. The UAE is the window to the rest of the Middle East and the first stage to show China is here,” said Timber.

“If customers in the UAE start to purchase Lifan cars, then other Middle Eastern countries will have no problem. We have to let the Middle East know that China wants to be here in a big way.”

According to Timber, the company currently has over 10,000 units on roads across Iran, Iraq and North Africa. Other major international markets for Lifan include the CIS countries such as Russia and Ukraine, and South American countries such as Brazil.

Lifan also aims to expand to markets such as Europe, Africa, Southeast and West Asia and South America.