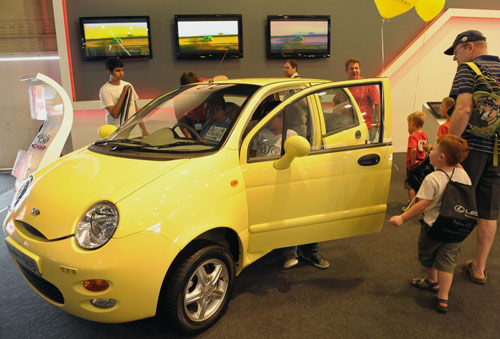 Chery exported 135,556 units of vehicles in the first ten months of this year, up 77.3 percent from a year earlier. This total accounts for 35.3 percent of total passenger vehicle exports of domestic brands, said Feng Ping, deputy general manager of Chery International.

The central Anhui province-based carmaker started exporting cars in 2001, when it sold ten cars to Syria, and has since led export sales amongst Chinese automakers.

The company exports its products to more than 80 countries and regions, and has established 3 research institutions, a service network of 1,000 dealers and more than 800 service stations overseas.