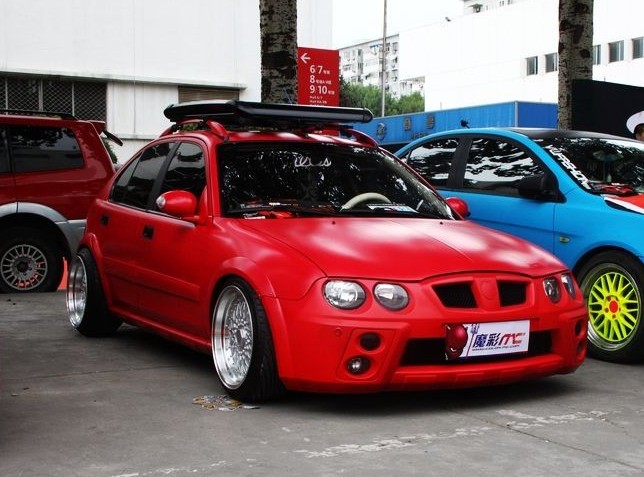 One very fine example of the SIAC-MG3 SW. Lowered down, bigger tires, sporty alloys, painted in matte red, windows in matte black, front spoiler, side skirts, big wheel arches (although not big enough for those maniac rear wheels) and some strange black box on top of the roof rails. We like. 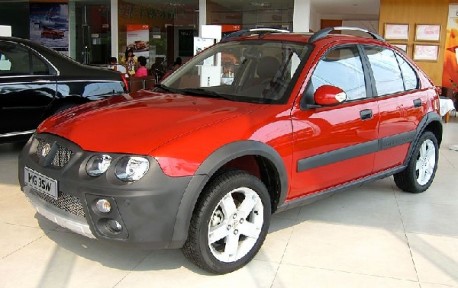 The MG3 SW was made in China between 2008 and 2010. The MG3 SW, for StreetWise, is basically a rebadged Rover Streetwise. Najing Automobile bought the assets of bankrupt Rover-MG in 2005 and started to ‘re-develop’ the Rover Streetwise for China. In 2007 however SAIC bought Nanjing Automile and in the end the MG3 SW was produced at SAIC in Shanghai.

This ‘old’ MG3 has since been replaced with the new MG3.