Geely to come to the UK next Year 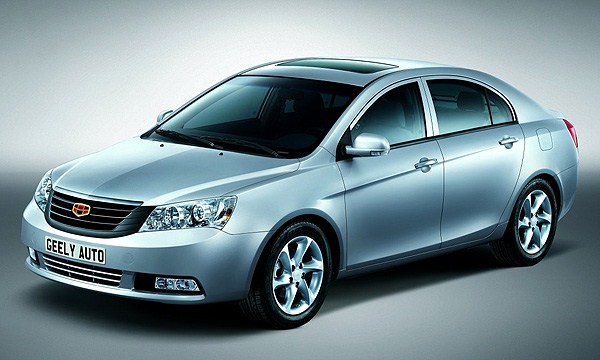 Chinese car company Geely has confirmed it is to launch in the UK with the first cars arriving here in less than a year’s time.

Geely will launch with a mid-size family saloon and hatchback called the Emgrand EC7 which, despite the car’s size, will go on sale for around £10,000. This will make the new Chinese car as cheap as an entry-level European-brand supermini – and is likely to really shake up the UK new car market.

Geely is being imported into the UK by Managense Bronze holdings plc (MBH). That’s the firm behind the LTI London Taxi – which itself is also built in China by Geely. This connection is how the deal has come to fruition: Geely Auto UK will actually be based in Coventry, in the same HQ as The London Taxi Company.

MBH and Geely are now preparing a sales and marketing network for the new Chinese cars. A dealer network is also being recruited: around 30-40 dealers is the initial aim, with many former Rover dealers being targeted.

Matthew Cheyne is Market Development Director of Geely Auto UK, and said: “We are starting with a clean sheet of paper with the distribution of Geely passenger cars into the UK, the first major Western European country to receive them.

“We will start by importing the Geely Emgrand EC7, C/D segment sized four door saloons and five door hatchbacks, initially with 1.5 and 1.8 litre petrol engine options.” However, he added, Geely has a large range of cars on sale in China that would also work well in Europe – and the aim is to bring many of these over too.

“We will be aiming to widen our range just as quickly as possible, probably at least a new model range every year for the next four to five years.”

Cheyne’s hope is that Geely can use value pricing and ‘metal for the money’ to establish a presence in the UK, just as Korean brands Kia and Hyundai did two decades ago. Indeed, in the 1970s, Japanese brands used a similar value proposition to become established here too: Geely’s model has a good track record.

The cars will not be class-leaders, and European models will offer higher standards, but the launch Emgrand EC7 is at least inoffensive and should offer lots of room.

In the past, question marks have been raised over Chinese car crash safety, but Geely has been given a fillip by the the latest round of Euro NCAP crash tests: the Geely Emgrand EC7 scored a four-star rating, the same as a Jaguar XF, Jeep Grand Cherokee and new Fiat Panda.

It scored particularly well in the safety assist category, which suggests UK cars will come fitted with a good array of electronic stability controls as standard.

Geely, of course, carries kudos through owning the Volvo brand, and is behind big investment in the Swedish firm. Geely Auto UK is entirely separate from Volvo UK operations, but the family connection should offer some reassurance.