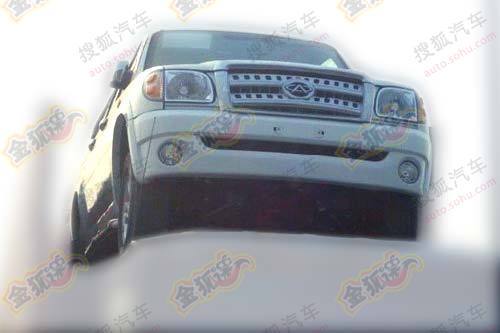 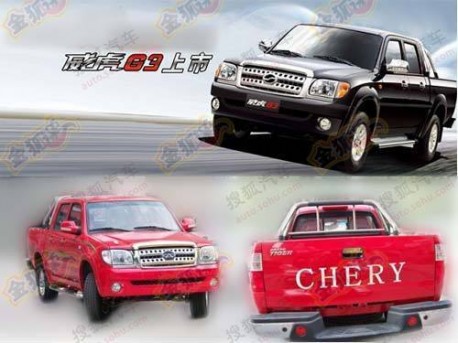 Black car is the Zhongxing, Chery-branded Zhongxing in red. Zhongxing’s cars are really cheap, a big pick-up can cost as less as 80.000 yuan for a 4×2, going up to around 130.000 yuan for a 4×4 with all the goodies. Engines are usually old Mitsubishi-units made under license in China. Not much power but reliable and in the markets where Chery wants to sell ‘m reliability matters much more than power. Red car and car on first pic are Zhongxing Grand Tigers. 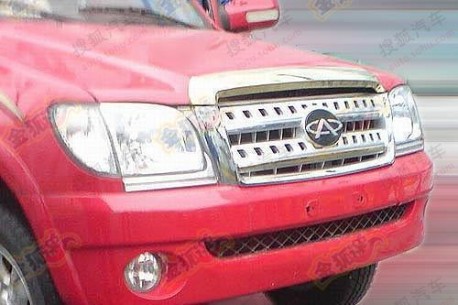 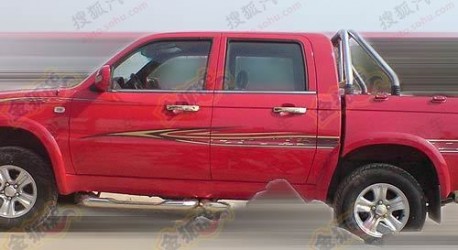 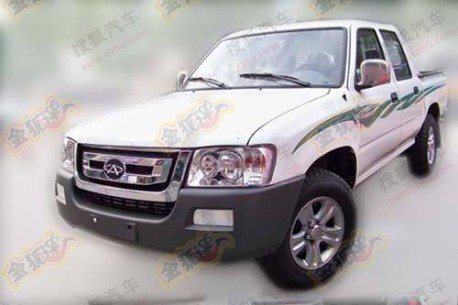 This a Zhongxing Admiral, the cheapest Zhongxing of all, start around 80.000 yuan. 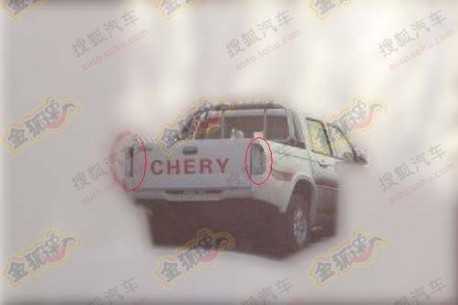 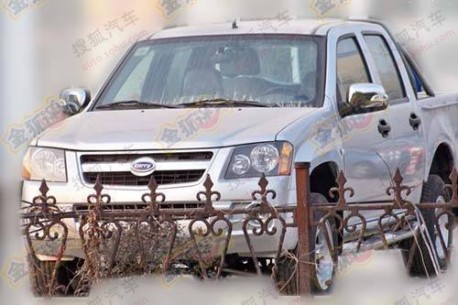 In the meantime Chery continues to work on its very own pick-up truck. Based on the Rely X5 platform and badged under the Carry-brand. This pick-up however would end up too expensive for export to developing countries.