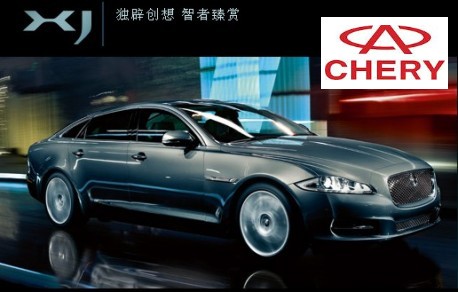 It seems Chery is working on developing two luxury-brands. The first one is Qoros which is meant for export to Europe. The second one is a possible new sub-brand which will sell Jaguar-developed cars under the Chery brand in China. Reuters reports on the Jaguar-story:

Jaguar Land Rover (JLR) has agreed in principle with China’s Chery Automobile to develop a luxury car based on its Jaguar models that may carry a Chery or a new marque in order to win Chinese government approval for a manufacturing venture, a Chinese newspaper reported.

“The National Development and Reform Commission NDRC.L made it very clear that in order to get approval for the project to go ahead, the two sides must have substantial cooperation, not just adding new capacity,” the 21st Century Business Herold said, citing an unnamed source.

The NDRC has the power to approve or block major foreign joint venture projects.

A proposed tie-up between Chery and Fuji Heavy Industries Ltd to make Subaru vehicles in China hit regulatory snags because the deal was ruled to lack substance, according to the source.

The newspaper said a car co-developed by JLR and Chery would carry either a Chery logo or a joint venture logo and the two sides might also collaborate on green vehicles.

Chery and JLR executives could not immediately be reached for comment.