China’s auto sales Down 2.4% in November 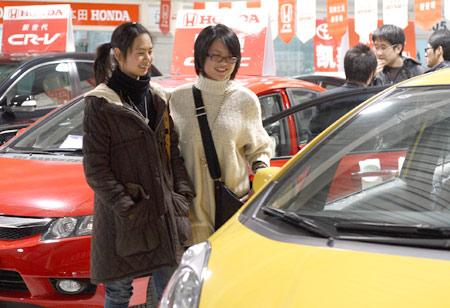 Auto sales in China slid 2.4 per cent in November from a year earlier to around 1.66 million vehicles, marking the second straight monthly decline, an industry group said.

Auto production was around 1.70 million vehicles in November, down 3.4 per cent from a year earlier, the China Association of Automobile Manufacturers said in a statement.

Sales fell an annual 1.1 per cent in October, the first fall since May, according to previous figures.

Industry group head Zhu Yiping, said November sales and output were ‘not bad’ and attributed the sales decline to a fall in the commercial vehicle segment and a high base of comparison, Dow Jones Newswires reported.

Sales of passenger vehicles – which account for the bulk of sales in the world’s biggest auto market – rose just 0.3 per cent to about 1.34 million units in November, the association said.

China’s auto sales rose more than 32 per cent last year to a record 18.06 million units, but the sector has since lost steam after Beijing phased out sales incentives such as tax breaks for small-engine vehicles.

The industry group has said it expects sales growth for 2011 to be just five per cent, down from an earlier forecast of 10 to 15 per cent.