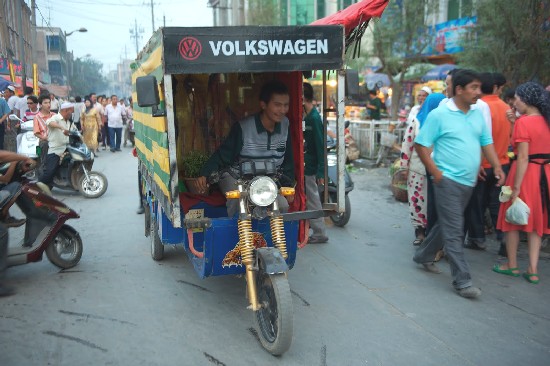 Volkswagen AG is planning to build another manufacturing plant in China and discussions about setting up a facility in Xingjiang autonomous region are now at an advanced stage.

A spokesman for Europe’s biggest carmaker said the company is constantly examining the possibility of building another facility in China, where the passenger car market is expected to grow even further.

“Because of that we are always in touch with the corresponding local authorities over there as well as with our Chinese joint venture partners,” the spokesman said, declining to provide any details.

German daily Frankfurter Allgemeine Zeitung reported, citing information from the Chinese government, that the new plant would build cars for the mid-sized segment and would be located in Urumqi, capital city of Xingjiang.

The initial investment of the German-Chinese joint venture Shanghai Volkswagen would be around 230 million euros ($306 million), the daily said.

Together with partners FAW and SAIC, Volkswagen has currently nine factories in China, with annual total production capacity of 1.9 million cars.

This year, Volkswagen is aiming to sell more than 2 million cars in the country.