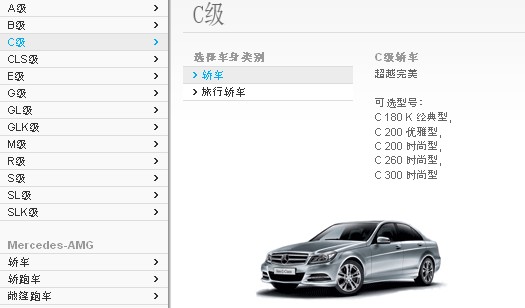 Mercedes-Benz and BMW (BMW) dealers deepened their discounts on some models in China last month as slowing property and stock markets weighed on premium-car purchases, according to a research firm.

Average prices of Daimler AG’s basic 2012 Mercedes-Benz C200 sedan at Chinese dealerships were 16 percent below the manufacturer’s recommended price last month, compared with 14 percent in October and 3.4 percent in July, when the model became available, according to data from China Auto Market.

Daimler, Bayerische Motoren Werke AG and Volkswagen AG’s Audi are looking to the world’s biggest car market to prop up deliveries as European demand sags on concern over the region’s sovereign debt crisis. A slowdown in China’s property and stock markets will probably undermine discretionary spending, according to Credit Suisse Group AG and BNP Paribas SA.

“Competition is getting fierce, especially in the entry-level luxury car segment,” said John Zeng, a Shanghai-based director at researcher LMC Automotive Asia Pacific. “BMW, Mercedes and Audi are expanding their capacity in China and the majority of that capacity is used to make the entry-level models, and that’s increasing the competition.”

China’s vehicle sales have slowed from last year’s record 32 percent increase as inflation, higher interest rates and the end of a two-year stimulus plan deter purchases. Deliveries for 2011 may rise the least in 13 years, according to the China Association of Automobile Manufacturers.

“There are phases when you offer customer discounts, like in the phase-out period,” Klaus Maier, Mercedes-Benz China chief executive officer, said Nov 21 at the Guangzhou Auto Show. “But currently I feel comfortable.”

Dealers offered 6.7 percent off Volkswagen’s 2011 Audi A6L last month, versus 1 percent in January at its introduction, the data show. The new version of the sedan will be available in early 2012.

BMW’s new BMW 5-series sedan, introduced last month in China, sold at the recommended price of 797,600 yuan, according to the data.

Audi and BMW didn’t respond to requests for comment.

The benchmark Shanghai Composite Index (SHCOMP) has declined 22 percent this year and is trading at the lowest since March 2009, as a drop in foreign direct investment and gauges showing a contraction in manufacturing add to signs the world’s second- largest economy is slowing.

Home prices fell in 33 of 70 cities monitored by the government in October, the worst performance since it expanded property curbs and scrapped the reporting of national average housing data this year.

Last month, Audi posted a 69 percent jump in China deliveries to 29,861 units. BMW had a 9.8 percent increase in sales in the country, while Mercedes-Benz increased deliveries by 24 percent.

“Competition is very strong,” said Klaus Paur, Shanghai- based managing director at Synovate Motoresearch. “In order to secure your market share, you need to be aggressive.”