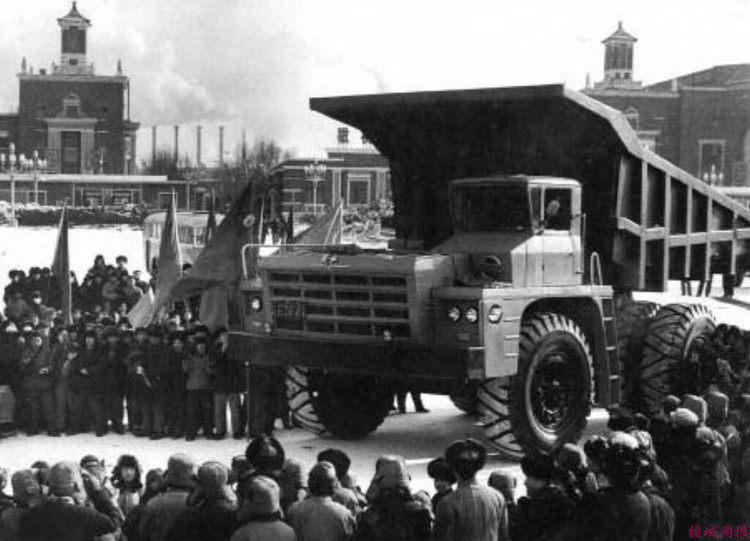 Another day, another dump truck. This is the gigantic First Auto Works Jiefang CA390 dump truck, made for the mines. The CA390 debuted in December 1973 in Chengdu in Jilin Province. It could carry 60 tons.’Jiefang’ means ‘liberation’ and refers to the ‘birth of new China’ under communist rule in 1949. 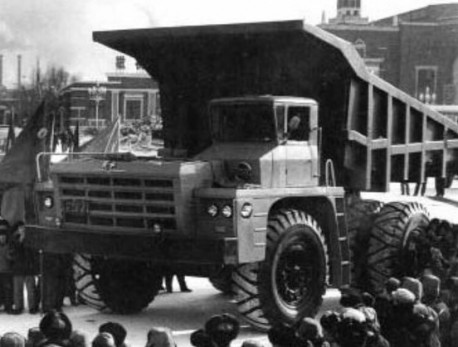 That was a huge improvement over China’s first dump truck, the 1969 Shanghai SH380, which could only carry 32 tons. The Jiefang CA390 measured 9.2 meters long, 4.7 wide and 4.3 meters high. The engine came from the New Machinery Factory in Chongqing. It was made until 1978 and today, sadly, there ain’t a single one alive.

In July 2011 First Auto Works (FAW) celebrated its 58th birthday. For the occasion it ordered special Chinese-traditional paper-cut works to honor its most famous vehicles. The Jiefang CA390 was one of  ‘m, and rightly so.