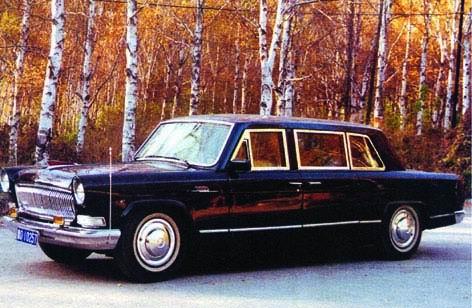 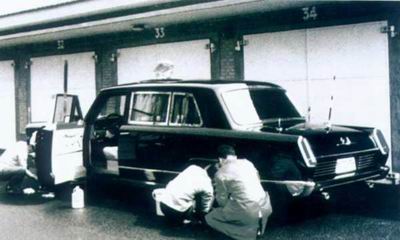 The Central Guard Bureau went to First Auto Works (FAW), owner of the Hongqi-brand, in the cold northeastern city of Changchun. FAW knew where the order came from and immediately set up a task force with ‘bullet-proof armor experts’.

FAW finished the job in April 1969 when the first CA772T was delivered to premier Lin Biao. Chairman Mao, Deng Xiaoping and Zhou Enlai all received their CA772T’s soon after. By that time the Cultural Revolution came in full swing, so the leaders did indeed need some extra protection…

The CA772T weighted over 4 tons. The main body was protected by 8mm thick bullet-proof armor plates, good enough to withstand fire of ‘light machine guns’. The windows were made of 65mm bullet proof glass. FAW also installed bullet-proof tires and an extra strong air-conditioning system. The Chrysler V8 was bored out to 8 liter and tuned up to an amazing 300hp, good for a 130km/h top speed.

The CA772T remained in production until 1972, only 12 were made for use inside China. But there were yet another three made for China’s ‘international friends’ and sent as a gift to Ho Chi Minh from Vietnam, Kim Il Sung from North Korea and Prince Sihanouk from Cambodia.

The CA772T was classified as a ‘state secret’ and it remains so until today. Therefore sadly none CA772T has made it to a public museum, only one is known to stand in the FAW-museum in Chanchun (pic), but that museum is closed for the general public and almost a state secret by itself. Most cars are likely hiding somewhere on the Zhongnanhai compound in Beijing where all state-leaders live. 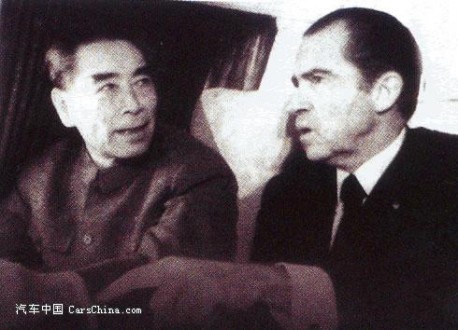 One famous passenger was former President Richard Nixon during his visit to China in 1972. Here he sits with Premier Zhou Enlai in CA772T no.6. Note thick windows. 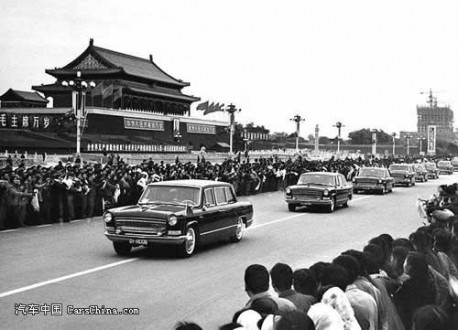 A CA772T carrying French President Pompidou during his visit to China in 1973.

The article where I got most information from was actually written by Han Yulin, ‘former chief engineer at FAW’ and Fan Hengguang, ‘former factory manager at FAW’. They must know, they were there.