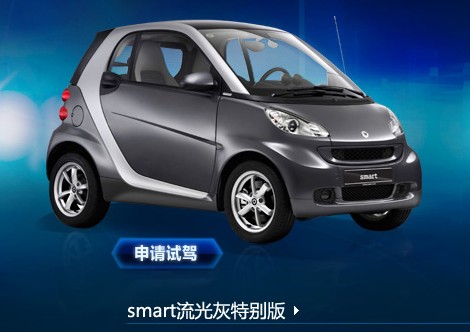 Smart teamed up with website 360.buy.com to sell a limited edition of the Smart ForTwo over the internet in China. It worked. The 300 ‘Pearl Grey’ Smarts sold out within an impressive 89 minutes, more than 17.200 people had put the Smart on their watch list.

Potential buyers only had three hours to get their top-spec Pearl Grey Smart for a special internet-price of 163.000 yuan, or almost 26.000 USD. A standard Smart costs between 115.000 and 225.000 yuan. Mercedes-Benz China considers the online sale a great success and will come up with similar initiatives in the future.

Smart sales are improving in China, the brand arrived in 2010 and sales were initially slow. Chinese car buyers had to get used to it, but they did so fast. China was Smart’s third market world wide last year after Germany and Italy. Sales in 2011 were up 180% to almost 11.000 units.