Bentley sales up 47% this year, thanks to China 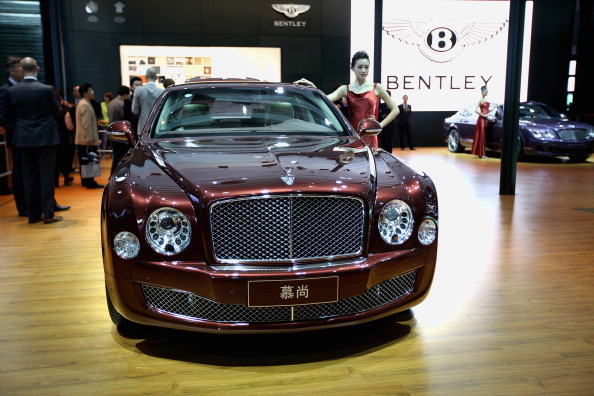 Global sales at luxury-car maker Bentley are up almost 50 per cent so far this year. The Crewe-based firm said it delivered 894 cars to customers all over the world during the first two months of 2012 – up 47 per cent compared with the same period last year.

China and the U.S. are battling to become the company’s biggest market. So far this year Bentley has delivered 324 cars to customers across China, up 66 per cent, while deliveries to U.S. customers rose 29 per cent to 251.

“I am assuming a robust, double-digit growth for 2012. I expect growth of more than 10 percent for Bentley in China and the United States in 2012,” said Bentley CEO Wolfgang Duerheimer. In 2011, Bentley’s American sales grew 32 percent while the companies Chinese sales almost doubled.

The company, which employs just under 4,000 people in the UK, said sales to Europe and the Middle East also rose. A spokesman added: “After a challenging year in 2011, the UK started 2012 with a strong 16 per cent increase and 58 cars delivered.”

Last year global sales rose by 37 per cent to 7,003. Chairman and chief executive Wolfgang Dürheimer said: “This is an excellent start to the new year for Bentley.

“We are maintaining the momentum from last year which clearly reflects the strong confidence customers have in our brand and in our new products worldwide.”

Bentley said the sales increase was driven by strong demand for both the new GT and recently launched Continental GTC.