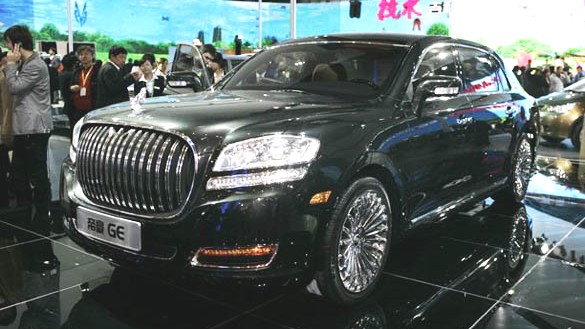 Geely’s Chairman Li Shufu said he “enthusiastically” supports the Chinese government’s plan to limit its car purchases to only domestic brands. At the same time, Li said he hoped the opportunity that this policy provides won’t stop Chinese carmakers from working to improve the quality of their vehicles.

“Domestic carmakers cannot always rely on government incentives to boost sales,” Li told reporters today at the start of annual meetings in Beijing of the Chinese People’s Political Consultative Conference, of which he’s a member. “They have to invest in research and development and improve their technology.”

The government plans to include 19 Geely models on its list of approved cars for government purchases. A preliminary list of 412 approved models issued last month included only domestic brands, threatening to lock out Daimler AG (DAI)’s Mercedes-Benz, Volkswagen AG (VOW)’s Audi and other foreign rivals from an estimated $13 billion segment of the world’s biggest car market.

Geely was part of a Chinese consortium that acquired Volvo Car Corp. from Ford Motor Co. in August 2010 for $1.8 billion, giving the Chinese company a 51 percent stake in the carmaker based in Gothenburg, Sweden.

Volvo said last month it’s forming a venture with Geely to produce cars in China. Under current Chinese rules, Volvo is still considered a foreign carmaker, meaning it must have a local partner before it can begin manufacturing.

Li said Geely and Volvo are still waiting for authorities to approve the venture. Volvo is also seeking government permission for an engine factory, Li said.

Geely’s vehicle sales rose 4 percent last year to about 432,800 units, according to the China Association of Automobile Manufacturers.