Audi sales in China up 66% in February 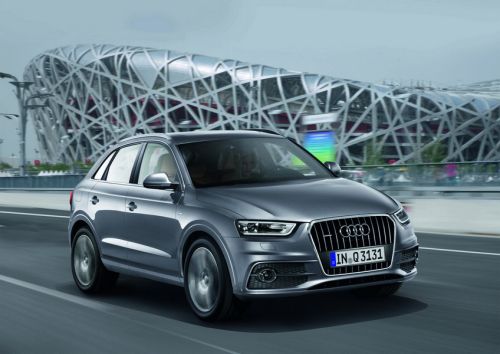 Audi set a new record on the Chinese market in February. With a total of 31,352 vehicles delivered in China and Hong Kong, the company increased sales by 66 percent over February 2011. This marks the first time that Audi has topped the 30,000 unit mark in one month. The brand also confirmed its position as the premium-segment market leader in China.

“February was our best month ever for unit sales in China,” says Peter Schwarzenbauer, Member of the Board of Management for Marketing and Sales at AUDI AG. “We want to remain on course for further success in 2012 and continue growing at a double-digit pace.”

This growth was driven in particular by the Audi A4 L produced in Changchun with 8,564 deliveries (up 77 percent), and by the Audi Q5, which posted an increase of 97 percent to 7,480 units delivered. Sales of the Audi A6 L also increased 25 percent to 9,371 units despite the impending model change.

The upward trend continues unabated with imported vehicles, too: At 5,797 units delivered (excluding Hong Kong), they are up 120 percent over the prior-year month.

Overall, Audi delivered 58,558 cars in China and Hong Kong in the first two months of the year, which represents an increase of 42 percent over the prior-year period.

Given the sustained growth momentum on the Chinese market, Audi is expanding its dealer network from 230 at present to more than 400 dealers by the end of 2013. Production capacities will also be expanded significantly.

Besides the Changchun site in northeastern China, the FAW-VW joint venture is establishing a second production site in the southern part of the country. The plant in Foshan is scheduled to begin production in late 2013. This will increase Audi’s total capacity in China to up to 700,000 cars until 2015.