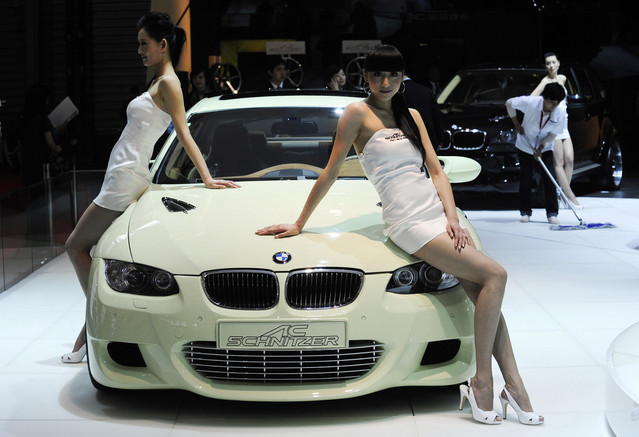 German carmaker BMW says it has seen record profit margins in its core car business for 2011. Its profits jumped by 51% last year to 4.9bn euros ($6.43bn; £4.1bn) compared with 3.24bn euros from the year before. Sales rose 14% to 68.82bn euros. Boss Norbert Reithofer said BMW’s new records in “sales, revenue and profit” had “more than reached our goals”.

Profits were helped by a sharp jump in sales of its luxury cars and sport utility vehicles (SUVs) in China. Competitors Daimler and Volkswagen have also seen big profits from export sales thanks to demand from China and other emerging markets.

BMW said it had seen stronger sales of its large 7-series models, which rose 4.5% to 68,800, and its X3 sport utility, which doubled its sales numbers. The company’s Rolls-Royce brand increased unit sales by 30% to 3,538 for the year.