Toyota China sales up 51.3% in February 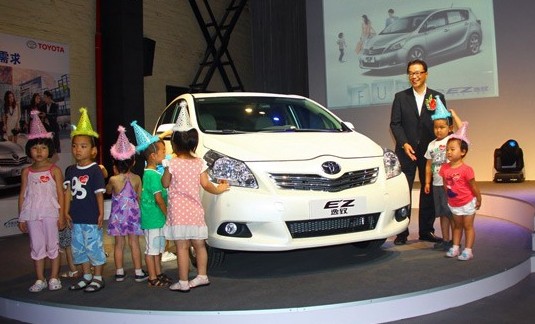 In January and February the sales totaled about 125,500 units, up 1.5% from last year. Although sales were quite weak in January, the Lunar New Year holiday from the end of the month brought a surge in the February sales. In January this year the company sold about 58,700 units, down 26.2% compared to the same period last year.

“That basically explains most of the big sales increase we saw last month,” said the company’s spokesman, Mr. Yokoi. “Overall, sales were slightly stronger during the first two months of this year compared with last year,” he said.

In 2011 Toyota managed to sell 883,400 units, a 4.4% increase from 2010, reflecting in part the general slowdown of automobile sales in China last year. Toyota hopes to sell over one million vehicles this year and 1.5 million in 2015.

The rapid growth of the auto market from 2009 and 2010, slowed considerably in 2011 as sales of smaller-engine cars and commercial vehicles stalled after the government ended some incentives for car buyers.