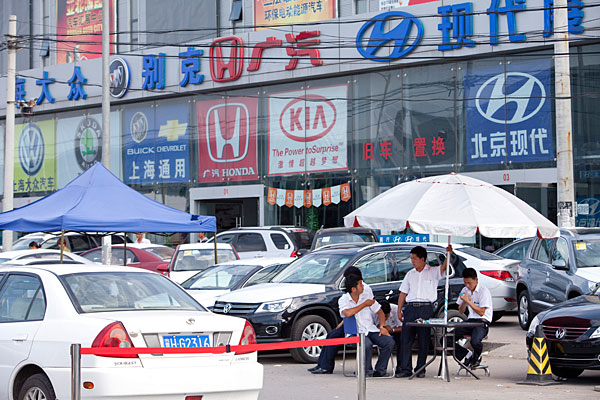 “My personal opinion is we won’t be able to reach even 5 percent growth this year as the macro economic backdrop is still difficult,” Gu Xianghua, deputy secretary general of the trade group, said at a conference in Qingdao today. The association has forecast 8 percent growth in auto output to 20 million units this year, Gu said.

Automobile demand in the Asian nation has tapered off as slowing economic growth and record fuel prices discourage consumers in the world’s largest vehicle market. China’s passenger-car sales had their worst two-month start in seven years, declining 4.4 percent to 2.37 million units, according to the association’s data.

Premier Wen Jiabao this month set the lowest target for economic expansion since 2004. The country also increased fuel prices for the second time in less than six weeks today, according to a statement on the planning agency’s website.

Demand for commercial automobiles would be hit the hardest, Gu said.