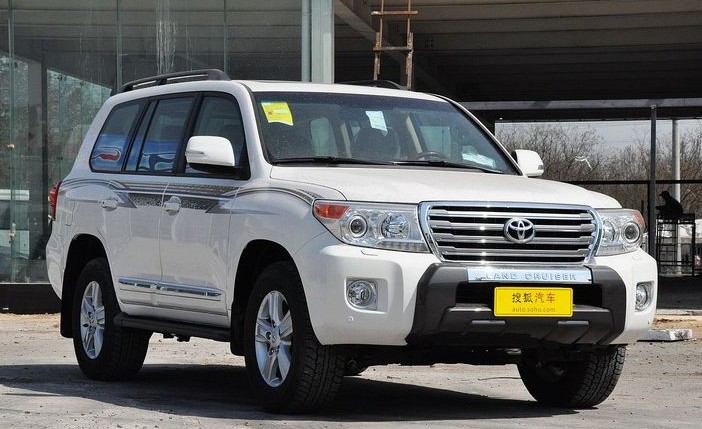 The facelifted Toyota Land Cruiser has been officially listed & priced in China. Price starts at 765.000 yuan and ends at 1.16 million yuan, and that indeed is a lotta money for a locally produced farmers-favorite. The Land Cruiser is made in China by the FAW-Toyota joint venture. 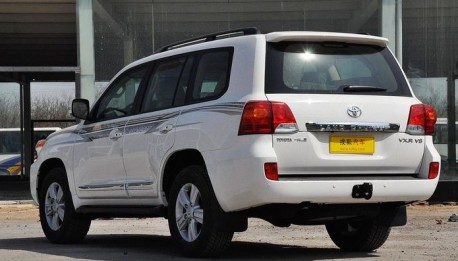 Cheap stickers and tow hook betray humble origins. This sure is an impressive car but it really is not of this time anymore, especially not from a company that claims to be ‘green’. On the other side; there is a big market for these tractors in China, so why not sell ‘m? Engines are very eco-friendly: a 4.0 V8 with 270hp and a 4.6 V8 with 310hp. 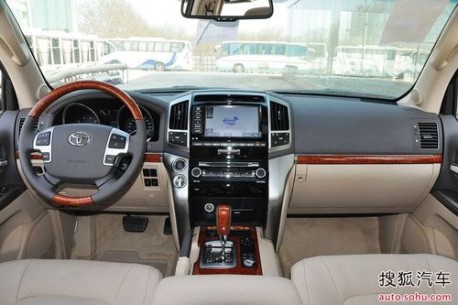 Materials cheap enough for the countryside, if a pig bites the fake alu off it won’t be that expensive to replace. But!, is it good enough to impress the babes in da city? Me think it ain’t.