Eye to Eye with the new MG5 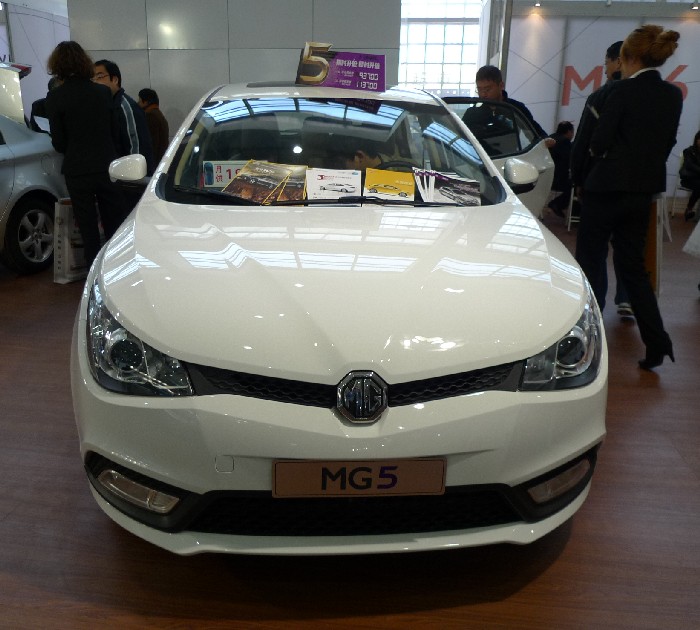 At the Beijing Automobile Trade Show I met my first MG5. A lone white example was parked rather unceremoniously on a small booth, covered with crappy brochures. No spot lights, no pretty babes, MG indeed did a better job in Zhengzhou. Still, a special moment because this was only the second time the MG5 was on show in China, after that Zhengzhou-thing. 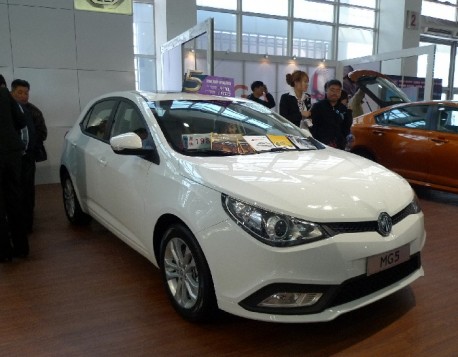 I wasn’t too impressed. The front is very nice but after that it’s just a whole lotta metal. The MG5 is about Golf-size. Boring white color didn’t help, red or blue would certainly be better. The MG5 was listed on the Chinese car market in late March, price starts at 87.700 yuan and ends at 128.700 yuan. Power comes from a 1.5 with 109hp and 135nm, mated to a five-speed manual or four-speed automatic. 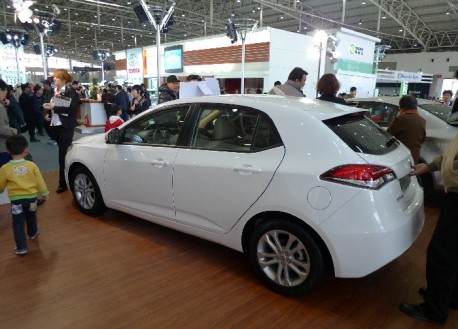 It didn’t seem very popular at the show, not too many people looked at it, probably also because there was no ‘show’ around it, car buyers likely just didn’t realize it was a new car. 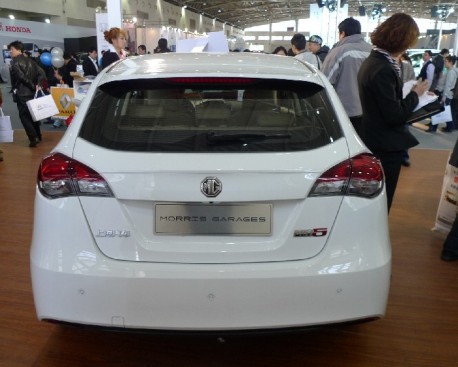 Sales woman, on the right, didn’t have much to do. 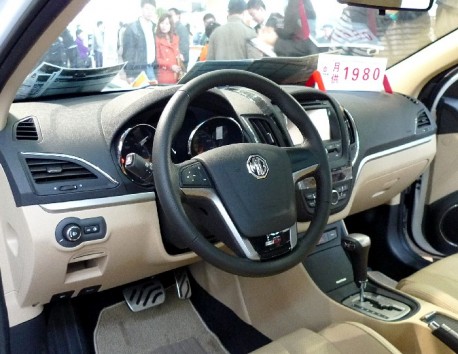 Interior looked OK but far from perfect, little things were hanging loose, see for example the air vent on the left-side of the steering wheel. But on the other side, expensive it ain’t, and I guess the money had to be saved somewhere. 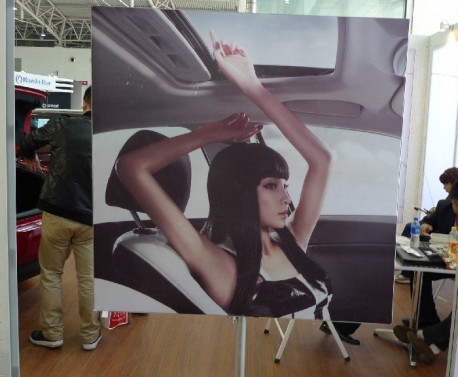 Oh wait! MG did have a babe. She was hanging in the back of the booth, sitting in an MG3. There was a real MG3 on the booth as well, used as a trash can by the boot-cleaning people, here: 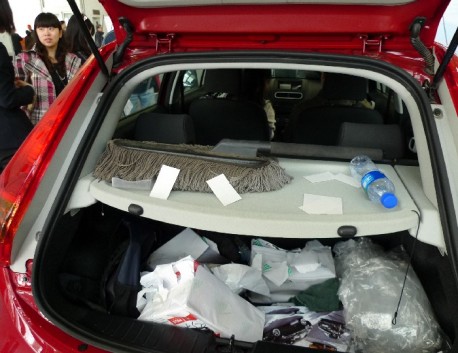