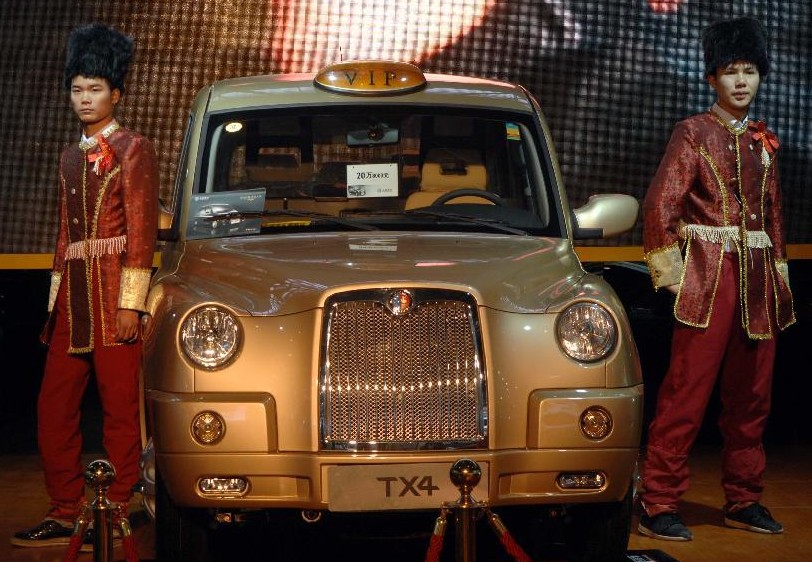 Here we have a fine Geely Englon TX4 ‘London Taxi’ on a local auto show in the great city of Zhengzhou in Henan Province. Geely is the owner of the British taxi-maker Manganese Bronze and makes the TX4 is China since 2007. The VIP-car on show is protected by two typical English guards. Sticker-price for this particular TX4 is 200.000 yuan. Cheap cheap!, and there was more: 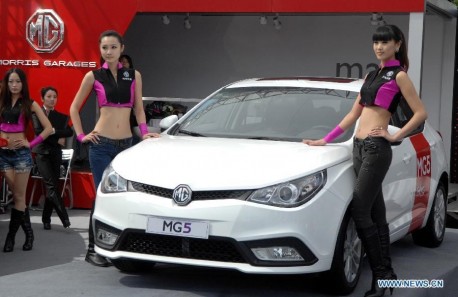 This is the new MG5 with some pretty babes, MG is owned by China’s SAIC. It is the very first time that the MG5 is on display at a public auto show in China. The MG5 was only listed last week and its official debut was planned for the Beijing Auto Show. Too late now, Zhengzhou got it first.