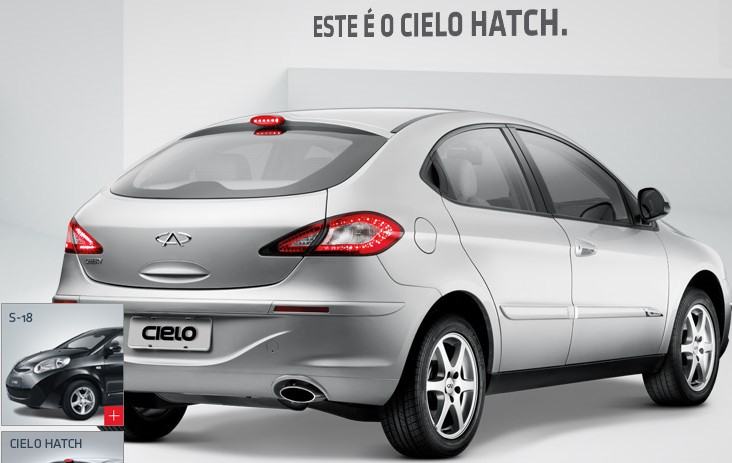 Carmaker Chery Automobile Co plans to build a complete supply chain in Brazil as it prepares to make cars in the South American country in 2013. In-country component manufacturing will help Chery avoid the high taxes levied on imported cars and assembled vehicles with little local content.

Chery said last month that it will establish an industrial park in Brazil that will be home to its own assembly plant and manufacturing facilities for the company’s suppliers.

The move comes in response to new rules by the Brazilian government to protect its domestic auto industry. The country raised import duties on cars by 30 percentage points to a maximum of 55 percent last year.

Automakers whose vehicles have at least 65 percent of their final value produced in Brazil are exempt from the high tax rate.

Chery had to cut its 2012 Brazil sales forecast by half to 30,000 units after the tax hike, close to the number it delivered last year, when about 33,000 of its total 160,000 exported vehicles were shipped to Brazil.

The company broke ground on its plant in Sao Paulo state last July. The $400 million plant is scheduled to become operational next year with an annual output of 50,000 vehicles at the outset, which could eventually rise to 150,000 units.

The Chery A1 and Fengyun 2 subcompacts will be produced first, according to the company.

Chinese media reports quoted Wu Dejun, deputy general manager of Chery International, saying that some Chinese suppliers will go to Brazil to research the market in June and July.

The company declined to offer details about how many and what components makers will operate in the industrial park.

“Formerly, when domestic carmakers expanded overseas, they often cooperated with local dealers to set up factories to assemble imported components because duties on parts are often lower than on vehicles,” said Cui Dongshu, deputy secretary-general of the China Passenger Car Association.

“But that won’t work with the new tax policy from the Brazilian government,” he said.

“Domestic carmakers can truly gain a foothold in overseas markets only with local production – just like the case of foreign carmakers in China,” Cui added.

The company faces both opportunities and challenges ahead in Brazil, analysts said, noting that the market size offers great growth potential, yet competition is fierce.

Car sales in Brazil last year totaled about 3.4 million units, among which Chinese automakers had a combined share of about 3 percent. Chery wants a 3 percent share of its own by 2015 in the world’s fourth-largest auto market.

“Brazil is basically a market of economical cars where Chinese automakers do not have a significant price advantage over competitors,” said Zhang Yu, director of industry consultancy Automotive Foresight (Shanghai) Co Ltd.

Brazil’s regulations are unlike those in China, which usually favor automakers. An example of the difference is regulations on car dealers in Brazil, which are well protected against arbitrary termination of contracts by automakers, Zhang said.