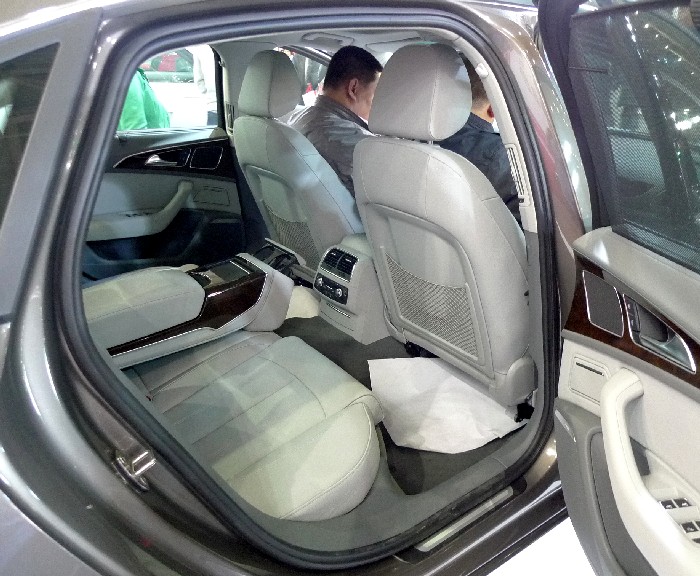 The new Audi A6L was supposed to debut at the Beijing Auto Show that starts on April 23, but it didn’t. Instead it debuted at the Beijing Automobile Trade Show, a local dealer-show in Beijing. The Audi A6L was listed on the Chinese car market late last month, it is made in China by the FAW-Volkswagen joint venture up north in the Dongbei. 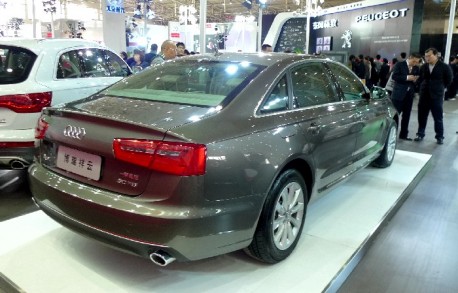 The Audi A6L is stretched by 10 centimeters compared to the standard A6 to get more space in the back for the chauffeur-oriented China car market. The local Audi dealer has only one example sorta hidden at the back of the booth, it was a rather uninspiring brownish car with really nothing exciting about it, which is probably why Audi sells so many of ‘m. The Audi A6L has to compete with other fine cars such as the BMW 5Li, the Benz E-L and the Volvo S80L. Price starts at 355.000 yuan and ends at 742.600 yuan. 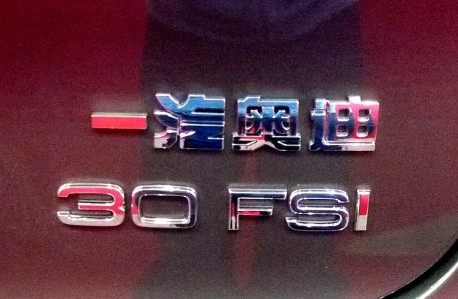 What the sausage-in-sauerkraut is thiz?, you might wonder. Well, wonder no more, this is Audi changing names: the 2.0 TFSI becomes ‘TFSI’, the 2.5 FSI becomes 30 FSI, the 2.8 FSI becomes 35 FSI, and the 3.0 TFSI becomes 50 TFSI. All the other Audi’s that are available in China, locally made and imported, will get the new names as well. 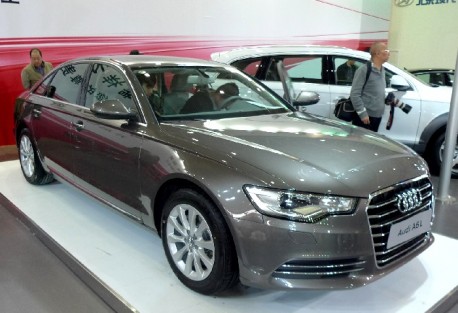 That color ain’t brownish indeed, that color is invisible.