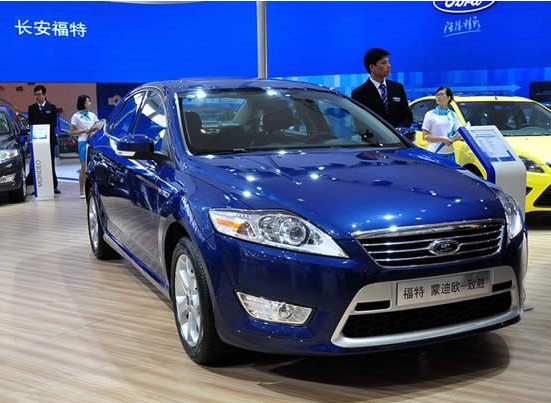 Ford’s sales in China fell almost 16% in the first quarter from a year ago, but its partnership in Russia reaped a 30% sales increase for the same period. Both are growing markets where Ford is investing to build more vehicles. China is the biggest global market, but the new car market has slowed after a decade of double-digit annual growth.

The sales report shows prices are starting to decline as well.

Ford is still a minor player in China compared with heavyweights like GM and Volkswagen. Ford is expanding its complex in Chongqing, where a new plant is under construction. Last week, the automaker said it will spend another $600 million to boost capacity by 350,000 vehicles annually. When finished in late 2014, total capacity will be 950,000 vehicles.

“Ford’s aggressive plans in China are on schedule,” said David Schoch, head of Ford China, referring to plans to launch 15 vehicles by 2015.

Later this month at the Beijing auto show Ford will unveil versions of the Explorer, Kuga (Escape in North America) and EcoSport utility vehicles. It also will show the new Focus being assembled in Chongqing.

In Russia, the Ford-Sollers partnership, which builds the Focus and Mondeo, reported sales of 27,232 Ford vehicles in the first quarter, from 20,919 in 2011.

Focus, which was named Russia’s Car of the Year in a recent survey, accounted for 19,596 sold, up from 15,343 in first-quarter 2011. The Transit commercial van, which Ford imports, saw sales almost double in the quarter to 1,067.