Ford to invest $760 million in China to Double production capacity 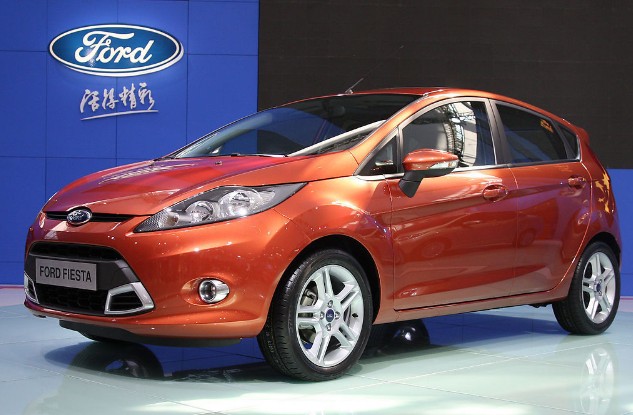 Ford plans to build a $760 million assembly plant in Hangzhou that will double its Chinese output to 1.2 million vehicles annually.

Ford and joint venture partner Changan Ford Mazda Automobile Co. will start construction later this year and the plant will open in 2015, initially producing 250,000 vehicles a year. The new factory, which follows other capacity expansions, brings Ford’s total investment in China to $4.9 billion.

Expansion in the world’s largest vehicle market is part of Chief Executive Officer Alan Mulally’s push to increase annual global sales by 50 percent to 8 million vehicles by 2015 and have one-third of its deliveries in Asia by 2020. Ford, more than a decade behind rivals General Motors and Volkswagen in China, has less than 3 percent of the market.

“Ford got a late start in China,” said Jeff Schuster, senior vice president of forecasting for researcher LMC Automotive in Troy, Michigan. “GM has a lineup there that is more robust in Ford’s lineup. Ford needs to work on its brand image in China and expand its product offerings.”

Ford has said it will bring 15 new models and 20 new engines and transmissions to China by 2015. It said it will introduce three new sport-utility vehicles, including the Kuga compact SUV, and the new Focus small car at the Beijing auto show next week.

Ford’s ambitious growth plans are not being hampered by the prolonged reviewed the Chinese government is giving to Ford’s request to restructure its joint venture with Changan Ford Mazda Automobile, said Joe Hinrichs, president of the automaker’s Asia Pacific and Africa region. Last year, Ford sought Chinese government approval to break apart the JV as it parts ways with its former Japanese partner Mazda.

“There’s been some speculation in the Chinese media that the length of time it’s taking the restructuring to get approval would have a restraining effect on our ability to add capacity and to grow,” Hinrichs said in an interview. “That is not true. Nothing is constraining us in our growth plans.”
Rapid Expansion

In China and Asia, Ford is undertaking its largest and most rapid global expansion in 50 years, Hinrichs said.

“Building this plant helps lay the foundation for that growth,” he said, “and reconfirms our commitment to China, which is expected to have sales of about 30 million vehicles by 2020.”

Vehicle sales growth in China slowed last year to 2.5 percent from 32 percent in 2010 after the government withdrew a two-year package of tax breaks and rebates that helped the country overtake the U.S., according to the industry group.
‘More Competitive’

The second-largest U.S. automaker didn’t say which model it will produce in the Hangzhou plant.

“We’re going to make cars and other products there,” Hinrichs said. “We now have the capability to make passenger cars and crossovers in the same plant.”

The factory will be Ford’s first in the coastal areas that are home to a large and affluent base of customers, Hinrichs said.

“This plant will give Ford a more competitive footprint in China,” Schuster said. “Sales are concentrated along the coasts and having a factory there will raise their presence.”

Ford said April 5 it would spend $600 million to expand capacity by 350,000 vehicles at its car factory in the southwestern Chinese city of Chongqing. By 2014, that factory will produce 950,000 vehicles annually, Ford said.

Earlier this year, Ford opened a second factory in Chongqing to build its Focus compact car. Ford also is building a new engine plant and a transmission factory in Chongqing, the largest manufacturing location for the automaker outside of the Detroit area.

Ford had a pretax operating loss of $92 million last year in its Asia Pacific and Africa region, compared with a $189 million profit in 2010, the automaker reported Jan. 27. Ford blamed last year’s loss on floods in Thailand and the cost of building new plants and developing new models to achieve its Asian growth targets.

“It’s going to take some time and some marketing dollars to get Chinese consumers to look closer at Ford,” Schuster said. “It’s still a ways down the road.”