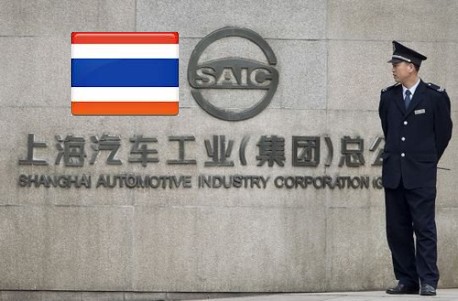 SAIC Motor, China’s biggest automaker, is planning a venture with CP Group to build passenger cars in Thailand. SAIC intends to develop the new assembly plant as a production centre for right-hand-drive vehicles to sell in the region and in other markets that drive on the right.

The partners will complete the feasibility study for the project by the fourth quarter this year, said CP vice-chairman Thanakorn Seriburi.”The study will include the cost of investment for making at least 50,000 passenger cars a year,” he said yesterday.

Chinese representatives were in Bangkok this week to discuss investment incentives with the Board of Investment.

The Shanghai-based automaker has led the Chinese market with production of 4 million units a year.

“The entry of the company would mean not only Chinese investment in the assembly plant, but also in auto parts,” Mr Thanakorn said.

He expects the Chinese carmaker to introduce the well-known MG series to the Thai car market, or perhaps use the country as a base to assemble modified MGs and Rovers _ historic brands obtained from the bankrupt MG Rover Group after a Chinese takeover in 2006.

The two partners are no strangers, with ties that began with a joint venture in 1984 to make motorcycles on the mainland for domestic and export sales.

Mr Thanakorn noted that CP has a plant in Luoyang, China, with capacity to make 1.6 million Dayang-brand motorcycles a year for sale locally.

CP is also studying a plan to make motorcycles in Thailand, hoping to capitalise on the big local market with its 2 million units sold last year.

Mr Thanakorn said the group remains upbeat on expansion in China, with a 20-billion-baht project called Chia Tai International Plaza under construction that is expected to be finished in the next four years.

The 120-rai development is the site of the civic centre of Luoyang, residential areas and a department store.

CP Group also plans to open more Lotus supercentre branches [shopping malls, nothing to do with Lotus cars] in the big Chinese cities on top of the current 75 branches.