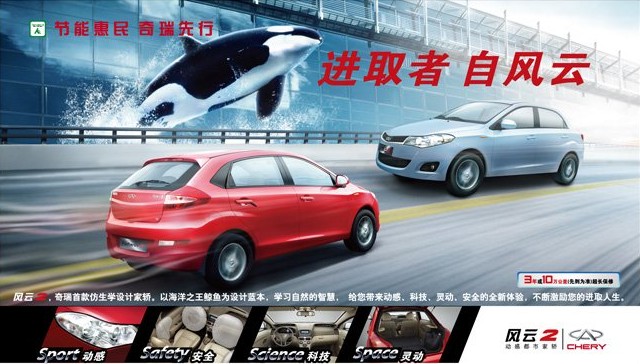 Chinese carmaker Chery Automobile Co on Tuesday said it hopes to see vehicle exports hit 200,000 units this year. Jin Yibo, a company spokesman, said Chery will make efforts to export at least 170,000 units this year, and will try to achieve the 200,000-unit goal.

Chery’s worldwide sales reached 17,412 units in April, up 39.1 percent from March and 40.1 percent from the same period last year, Jin said, adding that exports are expected to exceed 20,000 units in May.

The company, based in east China’s Anhui province, has 16 production bases around the world and its products have been exported to more than 80 countries and regions.

In March, Chery and Indian-owned luxury carmaker Jaguar Land Rover (JLR) announced they had reached an agreement on setting up a joint venture in China, and the two sides will hold equal shares in the new company.

Chery opened a plant in Venezuela last August and is expected to start operations at another plant currently under construction in Brazil in September 2013.

The company has also announced plans to build assembly plants in Myanmar and several African countries.