Citroen has launched the C5 20th Anniversary Edition on the Chinese car market. The special C5 celebrates the 20th birthday of the  Dongfeng-PSA joint venture. Congrats there! The joint venture was established in 1992 and started production of their first car, the ZX-based Fukang, in 1994. 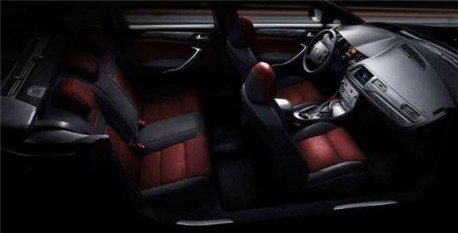 The Citroen C5 is also made at Dongfeng-PSA, the C5 20th Anniversary Edition comes with 20-anniversary badges, special alloys, a special red-black interior and a small wing on the back. Engine is a 2.3 with 171hp and 230nm, mated to a 6-speed tiptronic.

Price for all this pretty: 229.900 yuan, and that is only 3000 yuan more expensive than the tops-spec standard C5. It won’t however become a collectors item, this special edition is unlimited and production will continue until the end of this year.