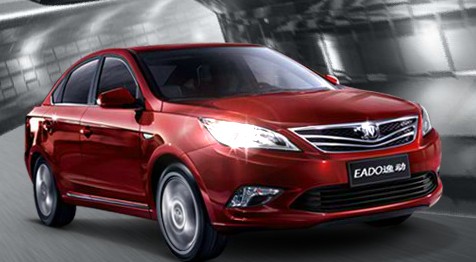 China’s Changan Automobile is trying to introduce its independently made products and brands to other countries. “We are looking at building automobile assembly plants in foreign markets including Brazil and Russia,”  said Xu Liuping, board chairman of the Shenzhen-listed Changan Automobile.

The company, after several years of researching and developing products tailored to overseas markets, will try to gain a larger global presence in the second half of the year.

Rather than trying to buy foreign brands, Changan will continue to explore the possibility of taking its independent capital, products and brands into foreign markets and of cooperating more with foreign business partners.

Owned by China’s largest military industrial group, China South Industries Group Corp, the Chongqing-based automaker has concentrated on conducting independent research and development in auto manufacturing since 1984, when it went from being a maker of ordnance to one of vehicles.

Measured by the number of vehicles it produces under its independent brands, rather than through joint ventures with foreign partners, Changan Automobile outranks other Chinese automakers, according to data from the International Organization of Auto Vehicle Manufacturers. In 2010, it produced 1.76 million of its own vehicles.

By 2020, Changan plans to be able to produce 4 million automobiles annually under its independent brands, enough to meet demand from both domestic and foreign markets.

“We are targeting the Middle Eastern, Latin American and African markets,” Xu said.

Changan now has six factories in Mexico, Egypt and other countries. Last year, its overseas operations generated 474.92 million yuan ($75.13 million) in revenues, down 9.59 percent year-on-year, according to the company’s 2011 financial statement.

In general, companies in the automobile industry enter foreign markets either by taking part in joint ventures or by acquiring foreign brands.

Last year, Zhejiang Geely Holding Group tried to go through an investment-banking intermediary to buy a 20 percent stake in Fuji Heavy Industries, the Japanese maker of Subaru cars, Reuters reported. The offer was not accepted.

Meanwhile, the Anhui province-based Jianghuai Automobile Co Ltd announced a plan in November to spend $600 million on a 20 percent stake in a joint venture with SNS, a Brazilian network of automobile dealers.

The venture will result in the production of 100,000 passenger vehicles a year.

“Compared with domestic pioneers in the auto industry, Changan, which developed out of a military enterprise, is still a latecomer in international joint investment,” Xu said. “We should learn more about how to increase the size and earning capacities of joint ventures.

“Meanwhile, it’s not worthwhile to spend a lot on acquiring foreign technology, most of which might soon be outdated, since auto manufacturing techniques change so quickly.”

Since 2001, Changan Automobile has established vehicle research and development centers in Italy, Japan, Britain and the United States.