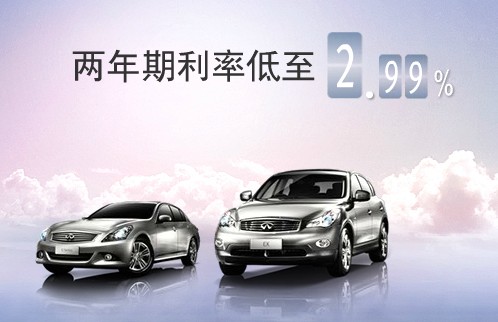 Nissan said it aims to triple global sales of its premium Infiniti brand by 2016 and take 10 percent of China’s luxury vehicle market, challenging leaders like Audi and Mercedes-Benz.

Infiniti on Tuesday became the first global car brand to open a headquarters in Hong Kong, but it is viewed as a latecomer to China with production there planned to start in 2014. Infiniti currently has about 3 percent of China’s luxury vehicle market.

In order for Nissan to achieve it, the Yokohama-based automaker would have to “aggressively push localization over the coming two to three years and aggressively price locally produced cars,” Zhang said.

Most Infiniti vehicles are now made in Japan, but Nissan plans to localize production in the United States, Europe and China to propel its growth and avoid foreign exchange risks.

Audi, Mercedes-Benz and BMW all produce cars in China, the world’s largest auto market, where tariffs of 25 percent put imported vehicles at a disadvantage.

Nissan produces other models in China with partner Dongfeng Motor Group and said on Tuesday it would build two new Infiniti models at factories operated by Dongfeng.

“We know it’s going to be a competition and it’s going to be tough, but at the same time it’s an open business with a lot of growth to come (in China),” Carlos Ghosn, Nissan president and chief executive, told reporters after the opening ceremony in Hong Kong.

The market share target was a driver of Infiniti’s strategy, Ghosn said, but he would not comment on how fast the company will reach the target.

Nissan sold about 146,000 Infiniti vehicles globally in the last fiscal year and aims to grow its China Infiniti sales by 50 percent this year to help reach its goal of 500,000 in sales globally by 2016.

The good news for Nissan and its Infiniti division, Zhang said, is that the population of upscale car buyers is still growing.

“Today’s premium segment is still dominated by some super-rich tycoons…but the good news is there will be more practical premium car buyers when more mid-class car owners upgrade their current sedans,” he said.