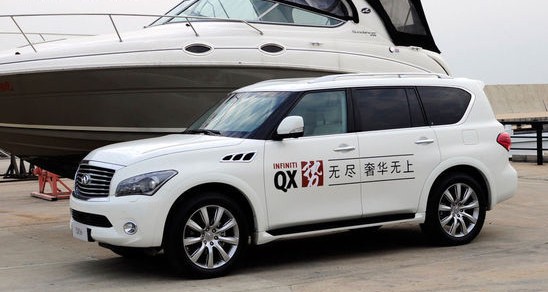 As it battles the dominance of German carmakers in China’s premium segment, Nissan’s luxury unit Infiniti has signed deal to begin local production in the city of Xiangyang, Hubei province in 2014.

On May 28, the joint venture between Nissan and Dongfeng Motor Corp signed an agreement with the local government in Xiangyang to produce Infiniti brand vehicles in the city where the partnership now makes Nissan’s mid-sized sedan Teana and the Murano SUV.

The joint venture said it will invest 2 billion yuan to almost double its annual production capacity in Xiangyang to 250,000 units from the current 130,000. The plant will continue to produce Nissan models and will start making two Infiniti cars in 2014.

Infiniti said it will also increase the number of dealerships in China to 150 before 2014 to prepare for increased sales after local production begins. Infiniti now only builds vehicles in Japan and the US. All its products on sale in China are imported from Japan.

Luxury car sales in China have skyrocketed in recent years. Analysts and carmakers say the momentum will likely slow but still retain significant growth. LMC Automotive forecasts that China’s luxury car sales will increase 19 percent this year to more than 1.1 million units and the market will maintain double-digit growth over the next five or six years.

Betting on long-term growth of the sizable market, leading German carmakers Audi, BMW and Mercedes-Benz – which together have the majority of the premium market – all plan to significantly expand local production.

Lower manufacturing costs and retail prices from local production will help Infiniti gain an advantage over Japanese counterparts Lexus and Acura, which only import cars to China, analysts said. Yet Infiniti will still need to improve its brand awareness and dealer network to stand out in the increasingly fierce competition, they said.

A week before the signing ceremony for local production, Infiniti opened its new global headquarters in Hong Kong, another reflection of the brand’s expansion plans in China.