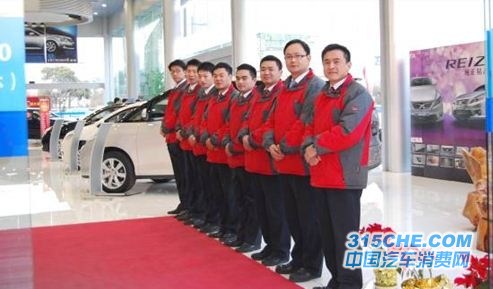 Sales in China by Japan’s Toyota Motor and its two local joint venture partners doubled in May from a year earlier to about 78,700 vehicles, a company spokesman said on Friday, noting the base effect from last year’s earthquake.

For the first five months of this year, the Japanese automaker sold a total of about 372,000 vehicles, a 26.1 per cent increase from the same period last year, said the spokesman, Mr Hitoshi Yokoyama.

Mr Yokoyama said the year-on-year jump of 105 per cent in May was due chiefly to the fact that sales during the same month last year were affected by the earthquake and tsunami that devastated parts of Japan. The earthquake paralysed production of key components and affected Toyota’s vehicle production around the world, including in China.

Mr Yokoyama said the Japanese automaker expects to meet its sales goal of selling a total of one million cars in China this year.

Toyota’s China sales in 2011 totaled about 883,400 vehicles, a 4.4 per cent increase from 2010, reflecting in part the general slowdown of automobile sales in China last year.

After rapid growth in 2009 and 2010, China’s auto market as a whole slowed considerably last year as sales of smaller engine cars and commercial vehicles stalled after the government ended some incentives for car buyers.

Various industry forecasts point to overall vehicle sales this year growing about 5 per cent to 10 per cent from 2011. Toyota would have to grow sales by about 13 per cent this year to meet its goal of selling one million vehicles.