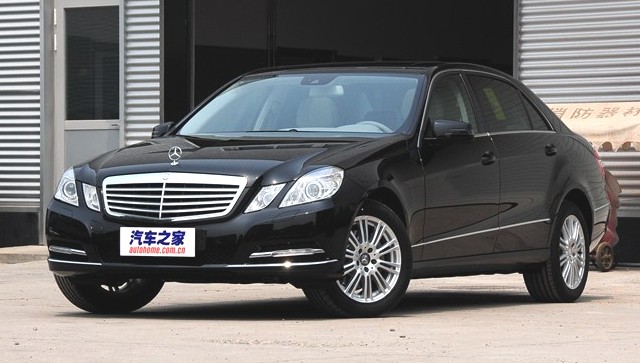 German automaker Mercedes-Benz may sell its E-Class sedans under the Beijing brand owned by its local partner BAIC Group to qualify for the government procurement market now limited to domestic brands, according to recent Chinese-language reports.

Insiders at BAIC Group were quoted in the local press saying that discussions are underway to put the Beijing marque on locally made Mercedes-Benz E-Class models so they can be considered for the high-end government fleet.

The move would not involve any technology transfer, but it is just the first step in a wider plan that could see Mercedes-Benz transfer its old E-Class platform to BAIC, the insiders said.

The key issue under discussion centers around profit sharing, as Mercedes-Benz is currently requiring 15 percent of the profit from every Beijing brand E-Class, they said. BAIC and Mercedes-Benz have a joint venture in the suburbs of Beijing that makes C-Class and E-Class sedans along with the GLK SUV.

Because the partners have made no official announcement, industry analysts have declined to comment. Yet experts noted a foothold in the government purchase market would not only offer a new revenue stream, but also help boost sales in the private sector due the impact from a demonstration effect.

Luxury automaker Audi started its success story in China through government procurement.Its A6 model is often seen as the nation’s “official car”, which helped improve brand awareness and make it the top selling luxury brand in China.

Yet analysts said Audi’s path could be difficult to follow. It arrived in China during the market’s infancy more than 20 years ago when there were very few premium cars on the road.

The environment is now profoundly different and government policies have changed. In February, China’s Ministry of Industry and Information Technology issued a preliminary list of more than 400 vehicles eligible for government purchase this year. The catalog contains solely domestic brands without any imported or locally made foreign brands listed – including Audi.

Public opinion has long called for government officials to use domestic cars, but the reality is private car buyers often opt for foreign nameplates.BAIC didn’t begin to build its own cars until the end of 2010 when it rolled out a subcompact with the codename BC 301.The car has a similar look to the Mercedes-Benz B200 and was finally named the E-Series when hit the market in March.

The automaker also has made its first medium-sized sedan, the C70G, based on Saab technologies it acquired in 2009. The car is expected to hit the market in the fourth quarter this year, but is likely to carry the nameplate Shenbao, the Chinese transliteration for Saab used in the 1990s. Today Saab is generally known as Sabo in China.