New spy shots from the facelifted Audi A4L. The A4L is a China-only stretched version of the Audi A4, made by the FAW-Volkswagen joint venture. The facelifted Audi A4L will be launched on the Chinese car market in the second half of this year to compete head-on with the new BMW 3Li. 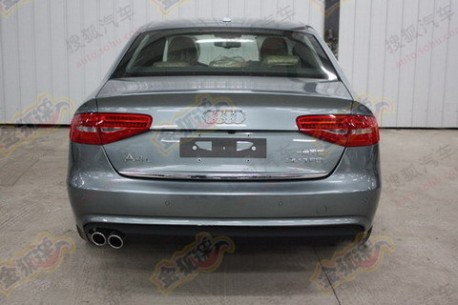