Spotted in China: Porsche 911 in matte-black 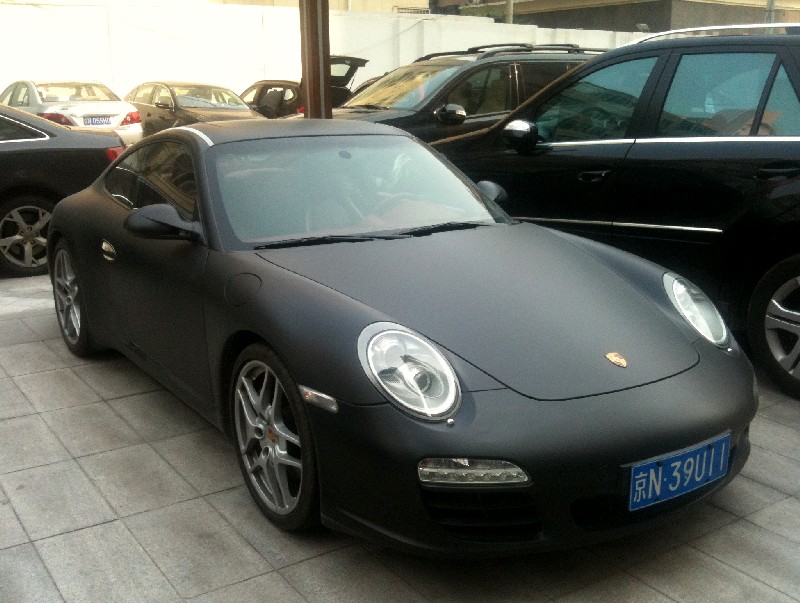 A very funky Porsche 911 in matte-black and with some extra chrome, here and there. This interesting machine was parked in a rather exclusive parking lot in central Beijing, not far from the Sanlitun beer district. I found me a lotta other funky cars in the same place, more on those later. 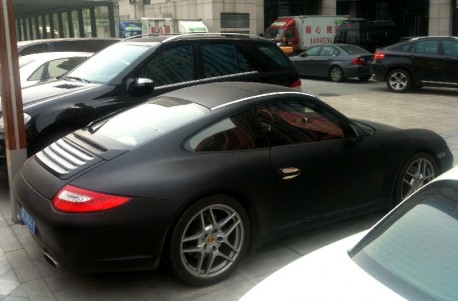 Note white monster. The 911 was further sexed up by chromed roof rails, chromed bars on the engine cover and, strangely, gold-chromed door handles. The Porsche 911 is a popular sportscar in China, although you see ’em less than Lambo’s or Ferrari’s. Maybe a bit too cheap. We therefore don’t have that many 911’s on this website: in pink, with an ugly body kit, in gold, and a China-only Anniversary Edition. That’s it. 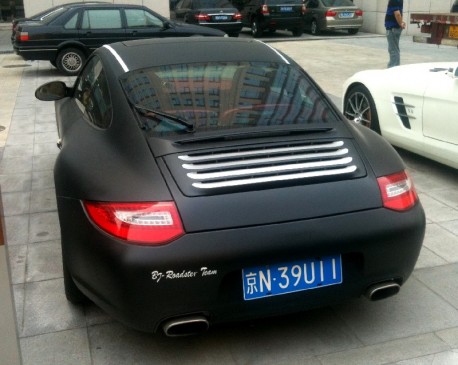