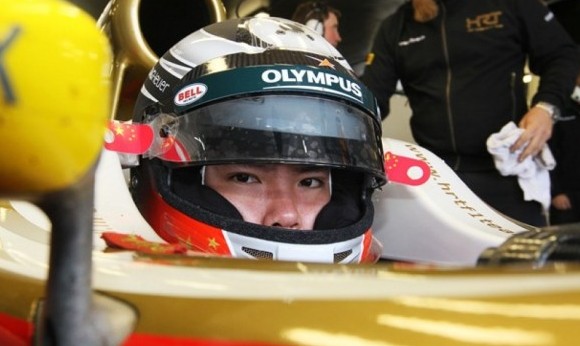 Ma Qinghua has become the first Chinese-born driver to test in Formula One, completing 82 laps of the British Grand Prix circuit at Silverstone for HRT. The 24-year-old Ma was on the track on Thursday on the first of two days of a young-driver test on the site of Mark Webber’s F1 win on Sunday.

“It was a fantastic feeling to drive a Formula One car for the first time,” he said. “I’m very proud to represent China and be a pioneer for my nation in this sport.”  Although Chinese driver Ho-Pin Tung tested with Williams in 2003, he was born in the Netherlands, while Ma comes from Shanghai.

“He did a great job and now we have to continue working so that he can continue to progress in his journey towards Formula One.”