Spotted in China: Ford Tempo, and a History how it got there 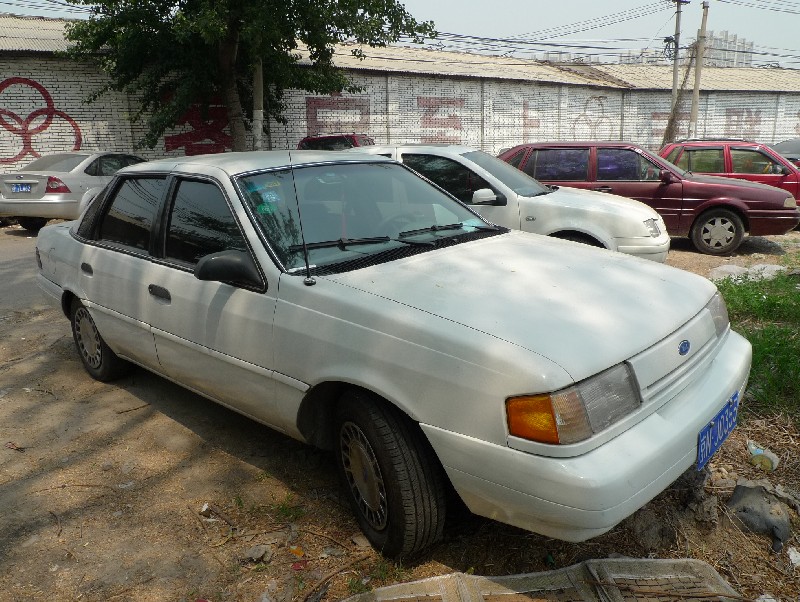 Here we have a very interesting vehicle, seen on a parking lot in Beijing. This is a Ford Tempo GL, made in the US from 1984 until 1994. This white car is a second generation example which was made from 1988 until 1994. Ford never officially exported the Tempo to China so how did it get here? I have seen many Ford Tempo’s in Beijing over the years. One could be a diplomat’s car, two too, but ten? No way! There had to more to this Tempo-thing in China, and there was…

“We recently concluded the largest single fleet order Ford has ever received for North American-built products with the People’s Republic of China. The government ordered 3,010 Ford Tempos for use as taxis and tourist vehicles. We were pleased with the People’s Republic of China’s decision to purchase automobiles from Ford Motor Company, and we believe this is only the beginning of a long relationship.” 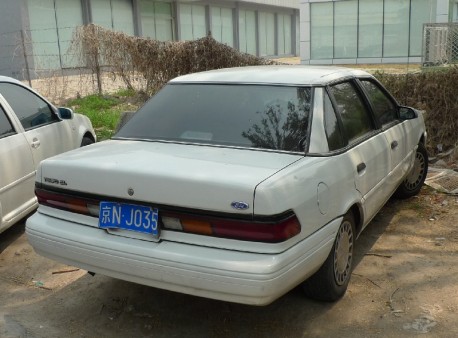 The Chinese government bought 3.010 1992 Ford Tempo’s for taxi’s and tourists! What a deal, but why? Some further research learned the Tempo’s were part of a much bigger deal between the United States government and the Chinese government, the deal had to do with economic policies and… human rights.

In the very early 1990’s China wanted very much to keep its ‘most-favored-nation trading status’, meaning it could export to the US without paying too much import tax to US customs. Higher taxes would mean more expensive products and less sales. The political climate in the US however was not very friendly to China.

The 1989 Tiananmen protest was still a fresh memory with many politicians worrying about the human rights situation in China. On the economic front many accused China of dumping cheap products on US soil, thereby disturbing the trade balance between the two countries. China so had to make a move to make the US government happy.

China sure wasn’t going to do anything about human rights but they could do something to shore up US exports; buying cars. In July 1992 China announced it would buy vehicles worth $130 million  from Chrysler, Ford and GM. Ford’s stake was 32 million USD and part of that was the Tempo-deal, Ford also sold a yet unknown number of Taurus’. 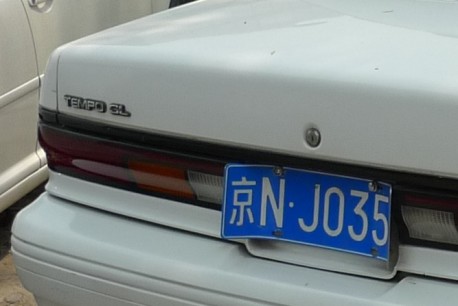 Gan Ziyu, vice chairman of the mighty Chinese State Planning Commission, quoted by NYtimes in 1992: “We believe that the U.S. is the world leader in auto manufacturing, and many of its products meet the demands of China’s users.”

Sure thing they’d meet! The deal, and a few others including airplanes, convinced the US government. China kept the  most-favored-nation trading status and trade continued. Nobody talked about human rights anymore and anyway, Tiananmen was soon forgotten. Business is business, cars must go around the world, no matter what, and that indeed is how we like it.

More on the 1992 deal in a later post, now some more Ford Tempo in China: 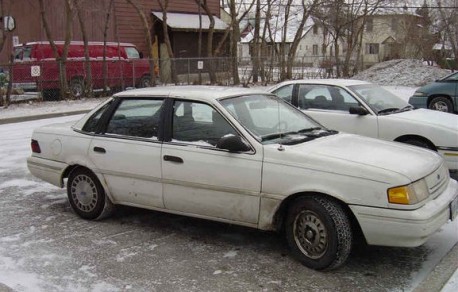 I have never seen any Tempo being used as a taxi, nor as a tourist vehicle. Most cars likely went to the government for ‘official use’ and ended up on the private market later on. Even today many are still offered on second-hand markets, priced around 25.000 yuan. Parts however will be hard to get and new environmental regulation will ban it from most big cities. The white car I saw in Beijing however had a valid 2012 registration. And one other thing: all examples I have seen on the street and on the web are painted white. 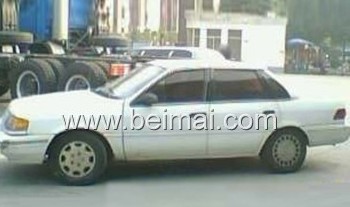 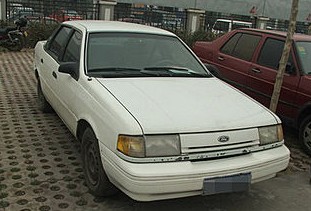 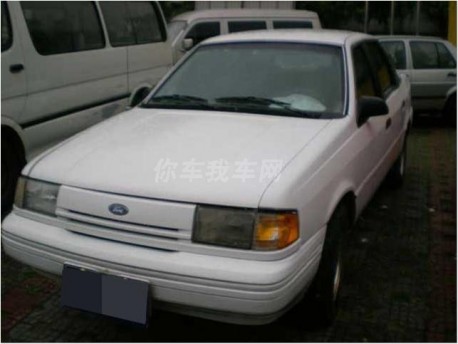