Ferrari 458 Spider crashes into a Hedge in China 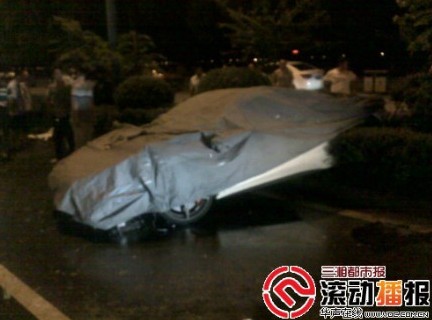 This might very well be the first crash of a Ferrari 458 Spider,  in the world. It happened in the great city of Zhengzhou, capital of Henan Province. Deliveries of the Spider only just began in China, this fine white example so much be a brand new car. 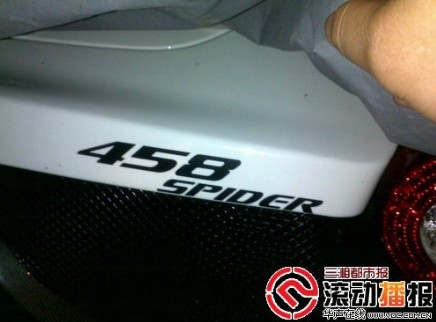 The driver apparently lost control during a road race on very wet tarmac, the 458 slipped through a barrier and ended up with its ass in a hedge. Curiously the car was covered with a large cloth immediately after the incident, leading ‘netizens’ to believe some higher-ups must be involved. 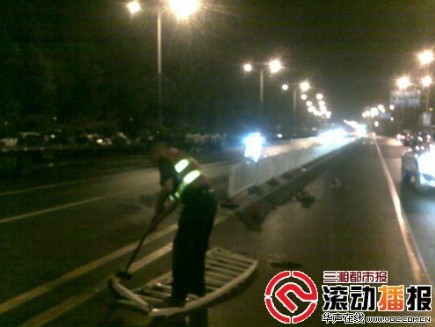 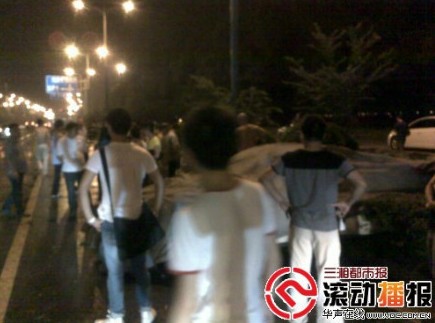 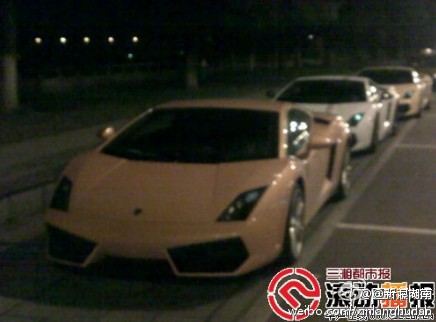 The other road racers were stopped by police, seen here waiting near the scene of the accident, white 458 Italia in the back.