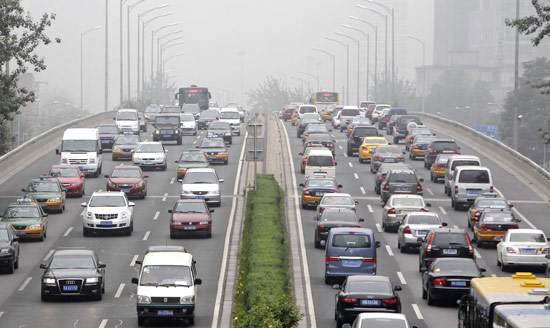 The China Association of Automobile Manufacturers said Thursday that the country’s auto sales are likely to hit 20 million units in 2012 if the economy picks up momentum in the second half. Total vehicle sales in China will expand by around 8 percent from a year earlier, the CAAM said in a report.

For the entire year, sales of passenger cars will rise 11 percent to 16 million vehicles, while commercial vehicle sales will drop 3 percent to 3.9 million units.

“If the economy maintains the status quo and there are no car purchasing restrictions, total vehicle sales in China will grow around 5 percent this year,” said Shi Jianhua, deputy secretary general of the CAAM.

Auto sales grew 2.9 percent in the first half of 2012 from a year earlier to 9.6 million vehicles, the CAAM data showed.

It indicates obvious signs of slowing compared with the 3.4-percent gain registered in the same period last year and a 48-percent surge in the first half of 2010, the CAAM said.

A slowdown in auto sales echoes signs of slowing growth in the wider economy. As the world’s largest auto producer and market, China is now under the shadow of clearly slowed economic growth.

As a combined result of sluggish external demands, government control on the property sector and the self-initiated structural shift toward domestic demand, China GDP growth slowed to 7.6 percent in the second quarter, the lowest quarterly expansion in three years.