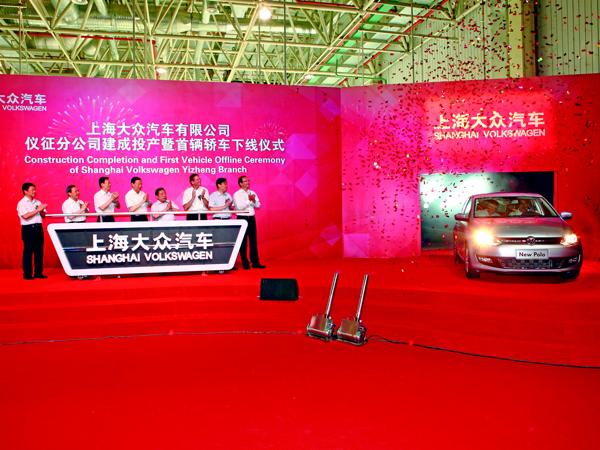 Volkswagen has opened a new car plant in China, which will build the Polo for the local market.The factory in Yizheng (Jiangsu Province) has been developed with Volkswagen’s partner SAIC and is designed for an annual production capacity of 300,000 vehicles.

The Yizheng plant is located about 200 miles to the North-West of Shanghai, and will create about 3,700 new jobs in the region. It consists of press, body and paint shops as well as a final assembly unit. In addition, a technical testing centre, a training academy to provide initial and advanced training for employees and an energy centre were constructed on the site, which has a total area of about 1.3 million square metres.

Yizheng features geothermal energy for the heating and cooling of the factory halls, while for recharging transfer trucks at the plant and as well as employees’ e-bikes, solar panels are used throughout the plant.

China is the largest market for the Volkswagen Group. In 2011, Volkswagen delivered 2.26 million vehicles to customers in China. In the first half of 2012, deliveries rose by 17.5 per cent to about 1.30 million units. With new products in line with market requirements, the objective of Volkswagen China is to increase annual production capacity to about four million units by 2018.